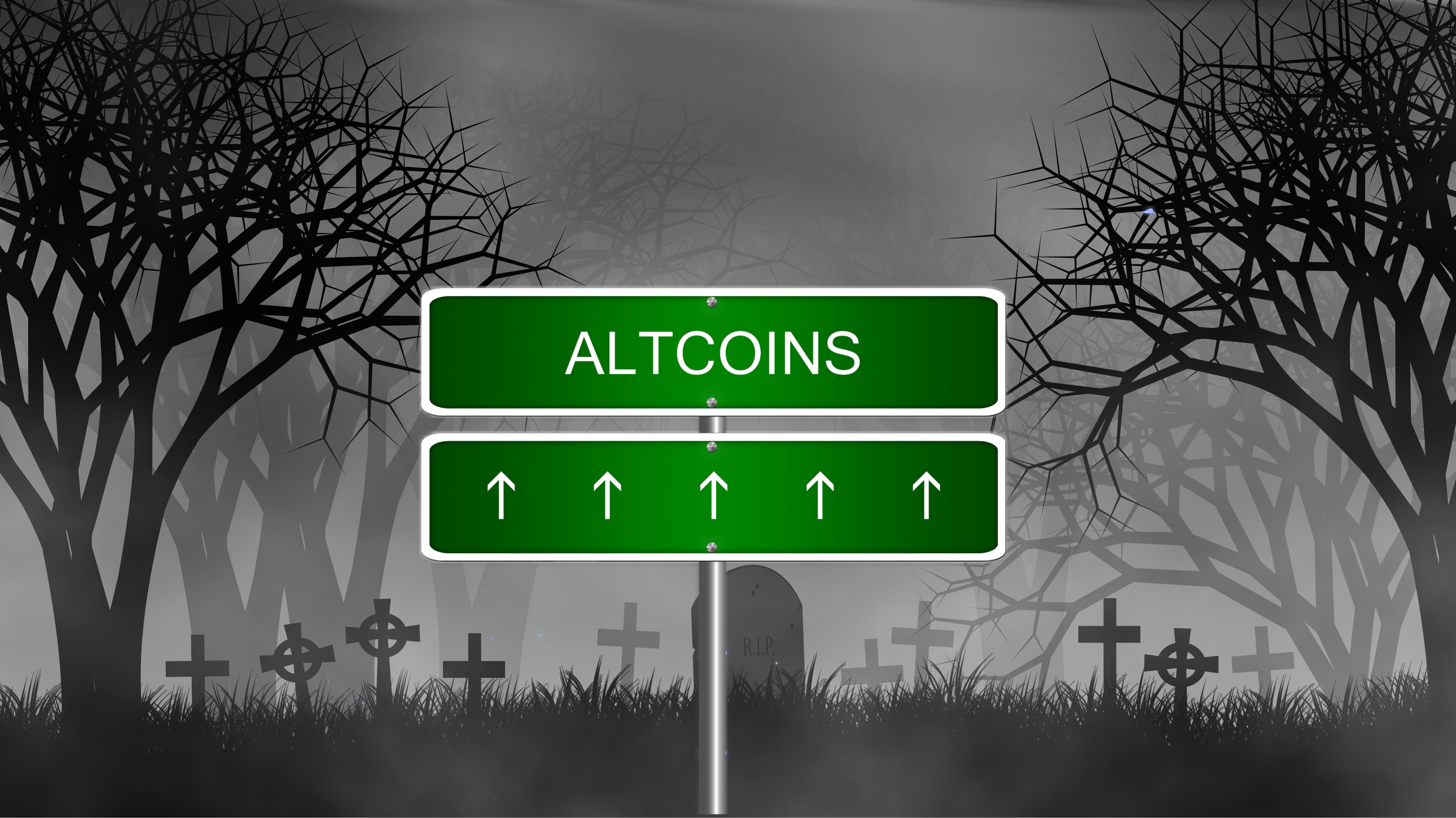 Crypto Capitulation: An Altcoin Obituary, Or the Biggest Buy Signal Ever?

Since the start of April 2019 when Bitcoin rallied over $1,000 in a matter of a few minutes, the first ever crypto asset has taken the market by storm, capturing the attention of all crypto traders, investors, and analysts – but at the expense of the altcoin market.

While hope for an “alt season” has lingered throughout much of 2019, that hope finally turned into panic, as altcoins – the asset class designed in the vein of Bitcoin – have started to capitulate. But even though most of the crypto community is extremely bearish on the category of coins, typically when there’s “blood in the streets” it’s among the most lucrative buy signals.

Bitcoin Continues to Bleed Out Altcoins, When Does the Crypto Carnage End?

Upon reading any internet forum on cryptocurrency or scrolling down a crypto Twitter feed, you’ll be hard pressed to not find anger and despair towards altcoins everywhere you look.

Following a parabolic advance by Bitcoin, the first ever crypto asset has literally sucked all the value out of the altcoin market, and as BTC pushes higher, trading pairs against Bitcoin have crashed ever further in their ratio. According to CoinMarketCap data, the entire top ten cryptocurrencies by market cap have dropped between 5% and 11% across the board. Lower down the market cap rankings 24-hour losses reach as high as 69% in some “shitcoins.”

The bleeding has even reached a new record, according to one crypto analyst.

This capitulation event has caused many to turn full-blown BTC maximalist, including Youtube influencer Ian Balina.

You either die as a BTC maxi or live long enough to see Balina capitulating with altcoins. pic.twitter.com/KFpE78LfFT

Others have reacted with much more anger than tact, however, those that are responding to this with a clear head may want to consider buying here or slightly lower – as capitulation often is the final ending point before a major rebound. Take Bitcoin’s rise to $13,800 from $3,200 as a prime example of this.

When altcoins do eventually bounce, they’ll bounce extremely hard and the alt season that everyone has been waiting for will happen faster than anyone could predict. As for when, or if that even occurs remains a mystery, but it could present the biggest financial opportunity for those that take the risk.

So much hate for alts on CT rn. Most of them will probably 10x in a matter of weeks.

Past bear and bull cycles have taught us that each cycle drastically changes the ranking of coins, with many never again reaching their previous highs, while others go on to set new highs and could potentially outperform Bitcoin by a wide margin.

But picking the winners isn’t easy, and choosing the wrong coin could result in complete loss. What will you do here? Buy or sell?

Tags: altcoinaltcoinsbitcoincapitulatinocrypto
Tweet123Share234ShareSend
Win up to $1,000,000 in One Spin at CryptoSlots