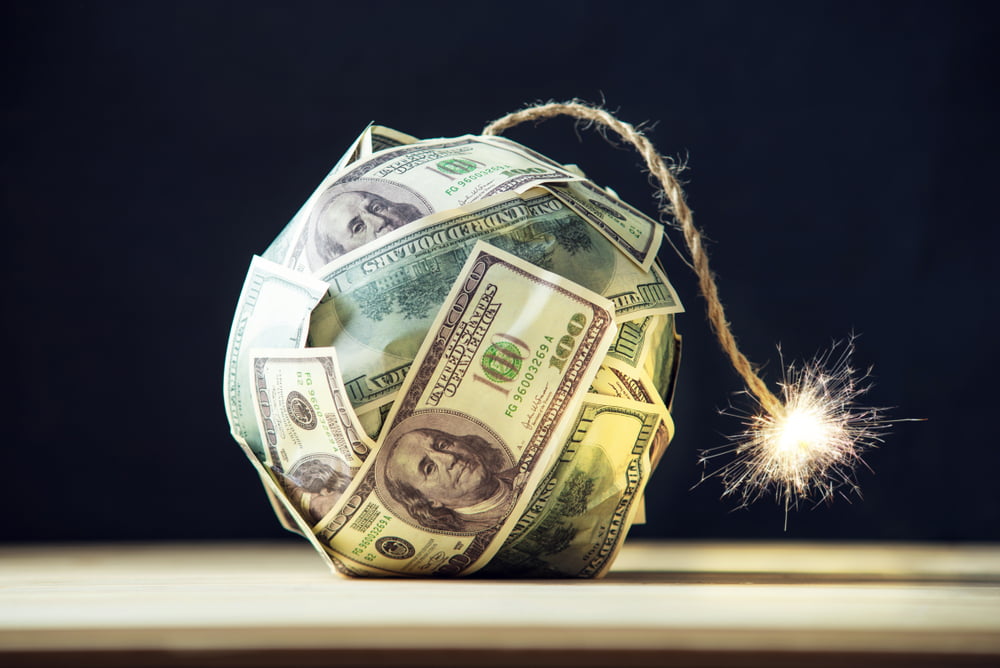 After two full years of a bear market and a recent breakout across the altcoin market, crypto analysts are convinced that an alt season is just around the corner.

However, the altcoin market is forming the most dangerous pattern in the crypto space – and one that in the past has caused the market to collapse to new lows.

Many altcoins have exploded in the new year, going on insane rallies that resulted in more than 100% ROI in many cases.

Altcoins strongly outperforming Bitcoin, has prompted some of the crypto industry’s top analysts to conclude an alt season is near – an extended period of time where the alternative crypto assets beat Bitcoin in returns by a wide margin.

And while there’s no denying that altcoins have been looking exceptionally bullish, even showing the strongest surge in trading volume in the market’s entire history, the altcoin market has formed the cryptocurrency space’s most dangerous and accurate chart pattern: the descending triangle. Such a massive descending triangle breaking down, would have devastating implications for the altcoin space and greater crypto market.

Targets are measured by taking the widest point of the triangle and applying it to the breakout point.

In the Altcoin/BTC chart below, such a target would wipe out nearly half a decade worth of progress and growth from the altcoin market. Because the chart weighs altcoins against Bitcoin, this would suggest that most of the lost capital from altcoins would pour directly into the leading cryptocurrency by market cap. To demonstrate the severity of these patterns and signals, Bitcoin has in the last two years formed two major descending triangles, with each breaking down to new lows.

In the chart below, each triangle resulted in a dangerous drop of the crypto to new lows, providing an example of what to expect for a drop in altcoins if the pattern plays out. The same Gann Double Band signal on monthly Bitcoin charts, has issued two short signals during the bear market, with each occurring at a peak that touched the top trendline of the descending triangle formation. As for why altcoins could be in danger, aside from the formation and signals themselves, the speculative assets are among the riskiest assets and investments by miles. And with the market in turmoil, and coronavirus fears causing investors to panic, risky assets like alts could be the first to get dumped in a massive panic-induced selloff.

This pattern could be foretelling such an ominous event, so plan accordingly.

Tags: alt/btcaltcoinsbitcoincryptodescending triangle
Tweet123Share228ShareSend
Win up to $1,000,000 in One Spin at CryptoSlots