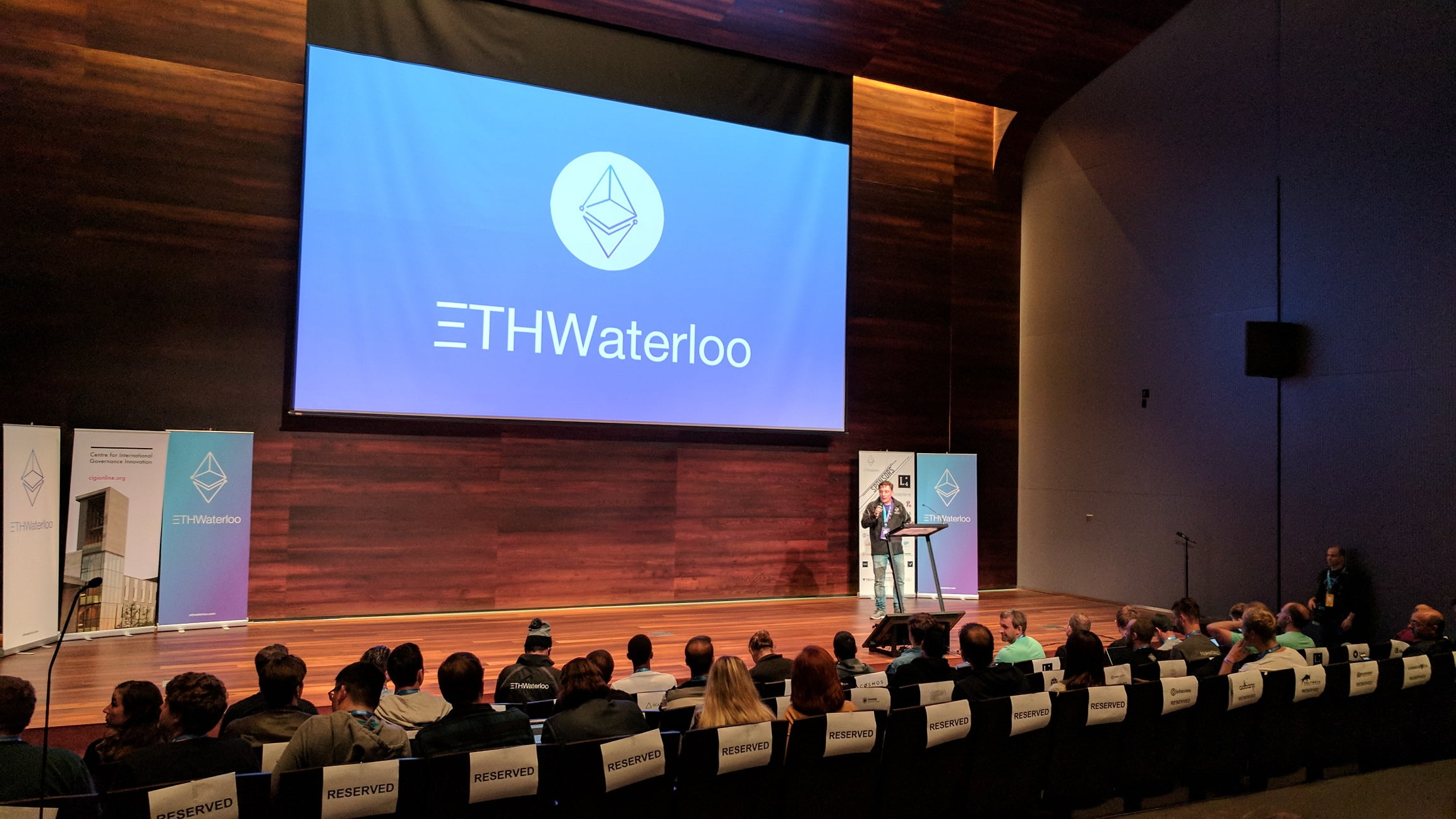 ETHWaterloo, the world’s largest Ethereum hackathon, concluded this weekend, on October 14th and 15th, in Waterloo, Canada. It turned out extremely informative and fascinating, and it demonstrated how much Ethereum has grown. Consider these facts: there are 50 thousand Ethereum developers in the world, 63% of central banks work with the technology, and, in 4 years of Ethereum, its cap is $30B.

Ethereum’s global presence is undeniable. More than 400 developers participated in the hackathon. BANKEX team was among the chosen ones. After the 36-hour hackathon, the team of developers presented Plasma-like protocol. In a short period, they released a platform for smart asset creation and exchange. It tackles divisibility of assets, as the Plasma technology does not currently allow for money transactions.  BANKEX Plasma-like protocol solves the pressing problem, optimizing the consumption of gas. The unprecedented solution by BANKEX, its speed, and execution led the team to receive one of the highest ranks worldwide.

At ETHWaterloo, the hackers were mentored by pioneers in the cryptocurrency industry and founders of its largest projects. Among them Vitalik Buterin, co-founder of Ethereum; Joseph Poon, Founder of the Lightning Network; Joseph Lubin, Founder of Consensys; Joey Krug, Founder of Augur; and Ryan Zurrer, Partner at Polychain Capital. The hackathon became the largest gathering of developers in the Ethereum community to date.

During the event, Vitalik Buterin shared his vision about pros and cons of blockchain which are not always clear for those who use the technology. Blockchains have issues of scalability and privacy.  Everybody is interested in privacy, Buterin emphasizes and believes: high-tech ways to improve it are bound to appear.

The protocol code is available on BANKEX Github: https://github.com/BankEx/ethwaterloo-hackathon

A video from the presentation: https://www.youtube.com/watch?v=JbjIe_PbrM4&feature=youtu.be

BANKEX is a Bank-as-a-Service blockchain platform on Ethereum building Internet of Assets (IoA), powered by the Internet of Things (IoT) and Artificial Intelligence (AI). Our mission is to deliver liquidity to assets around the world that are underrated due to the organization of classic financial markets.

BANKEX is available at: