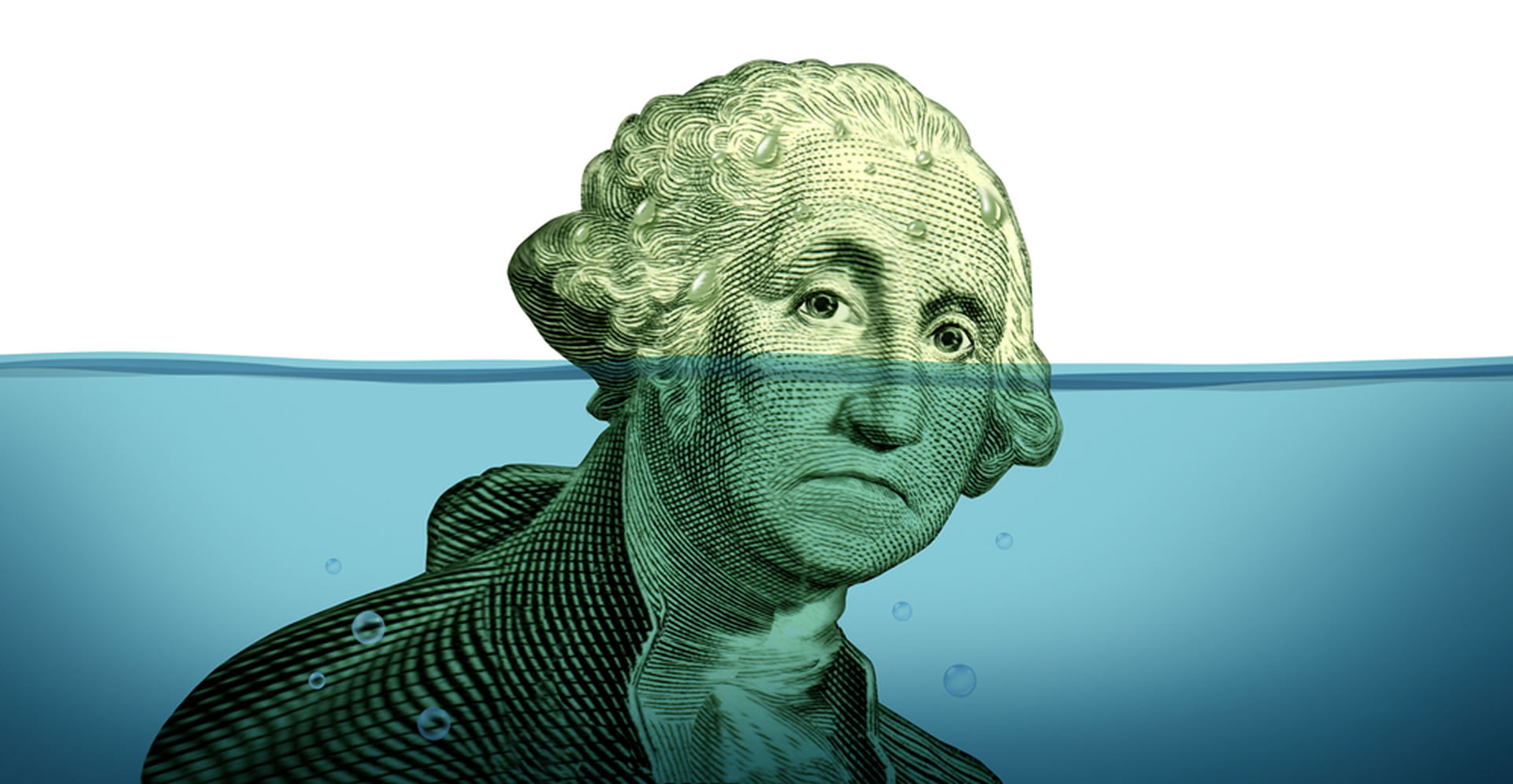 Bitcoin can be many things depending on how it is used. A form of digital money, a trading vehicle for short term gains, a long term investment, or as we have seen more recently, a hedge against government instigated economic hardships.

According to statistics from usdebtclock.org the total US national debt has now hit a monumental $22.5 trillion. This shocking figure equates to over $68,000 of debt per citizen. The ratio of debt to GDP is now over 105 percent and does not look to be slowing down. There is an ever-increasing debt ceiling in the US as they spiral out of control which could trigger another financial crisis.

The US is not alone and government debt is out of control in most major global economies. Global debt has reached an all-time high of over $180 trillion. The US is one of many countries that have been using financial markets to borrow excessive amounts of money. The debt is so large now that governments cannot meet their financial liabilities and it has gone into a negative return.

In a 2016 interview with the Washington Post presidential candidate Donald Trump predicted a ‘very massive recession’ but added that he would eliminate the national debt within 8 years. Three years later a further $3 trillion has been added to the debt which is deepening by over a trillion dollars a year. The debt clock counter predicts a debt of $30 trillion by 2023 and it is clearly not going away.

In addition to escalating national debt is a bond bubble that has hitting record highs. According to RT anchor and bitcoin bull, Max Keiser, it will lead to a massive global wipeout

According to Forbes, the US student loan debt is adding fuel to the fire. A report earlier this year suggested that there are over 44 million borrowers who collectively owe in excess of $1.5 trillion in student loan debt. It is the second highest debt category in the US behind mortgages.

Bitcoin has a lot going for it when considered as a hedge against monumental debt and devaluation of fiat currencies. With its finite supply, upcoming halving event, mathematical integrity, immunity from the political and banking systems, and a growing mainstream and institutional interest, BTC could be the place to go when the economies of the world start to crumble.

Exeedme’s Launches OPEN BETA Competition with Over $10,000 in Prizes