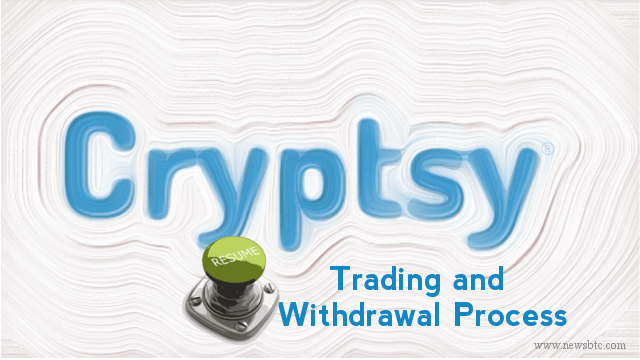 “Sorry guys, forgot to tweet yesterday that we were back online. I’m sure most found out on their own. Big Vern”

“Trading has resumed and withdrawals are processing.”

BigVern had announced yesterday that the Bitcoin exchange is turning off trading and freezing the payments temporarily, stoking every Bitcoin enthusiast’s worst nightmare. The company had tweeted,

“Trades and withdrawals are turned off while we perform a swap of some hardware. Will have things back online shortly.”

The abrupt shutdown of operations hadn’t gone down well with the audience, who expressed their dissatisfaction and outrage on the social media platform.

One twitter user, Phil @PgieseQS put into words the sentiments of thousands of Bitcoin and other cryptocurrency traders by posting that any prior knowledge of such actions would have helped them adjust their positions. Phil tweeted: It would have been nice to see a warning before that. Some trades on my part are since four hours in limbo.

Expectedly, the news of restarting of the payments and the trading operations was a big relief to the Bitcoin community, which has been rocked by numerous scams on a timely basis.

Based in Florida, the cryptocurrency exchange facilitates trading in over 200 virtual currencies, including Bitcoin, Litecoin, Dogecoin, and others. Cryptsy.com commenced its operations in May 2013 and has been catering to the expanding Bitcoin ecosystem ever since – the exchange has more than 270,000 registered customers.