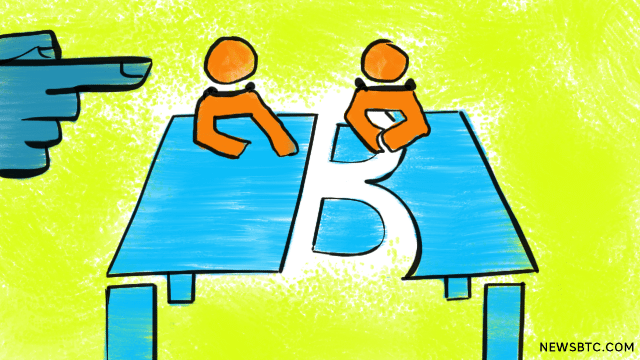 BTC Foundation Dismisses Two Board Members Due to Difference in Vision

The Bitcoin Foundation, the oldest and largest organization in the Bitcoin industry, has focused on engaging in Bitcoin advocacy, spurring its awareness, increasing adoption, and encouraging the development of Bitcoin and blockchain technology globally. Yesterday, however, board members of the Bitcoin Foundation including Board Chairman Brock Pierce, Meyer Malka, BTCChina CEO Bobby Lee, and Elizabeth Ploshay have announced a major changeover.

Jim Harper and Oliver Jansen, the Bitcoin Foundation’s recently-elected board members, voted to shut down the organization, despite Harper’s statement to CoinDesk in an interview in March.

BTCChina CEO Bobby Lee and the rest of the organization agreed to dismiss Jim Harper after some discussion and decided to develop a unified plan and positive vision to continue the improvement and evolution of the Foundation.

“I respectfully requested the resignation of Jim and Olivier so that the remaining board members are unified in a plan to stay and improve the organization. Jim agreed to resign and the board accepted. We wished him well in future endeavors. After some further discussion with Olivier, who indicated that he would support a plan but wanted to have a plan in place before supporting the organization, I made the motion that the board remove Olivier from his seat. This motion was seconded and voted affirmatively by me, Brock, Elizabeth and Meyer,” announced Lee.

Over the next few months, the organization will continue to work with its roster and members of the Education, Regulatory and Election committees to move forward and contribute to the Bitcoin industry.

Tags: bitcoinBitcoin FoundationBitcoin Newsbtcchina
Tweet123Share196ShareSend
BitStarz Player Lands $2,459,124 Record Win! Could you be next big winner? Win up to $1,000,000 in One Spin at CryptoSlots