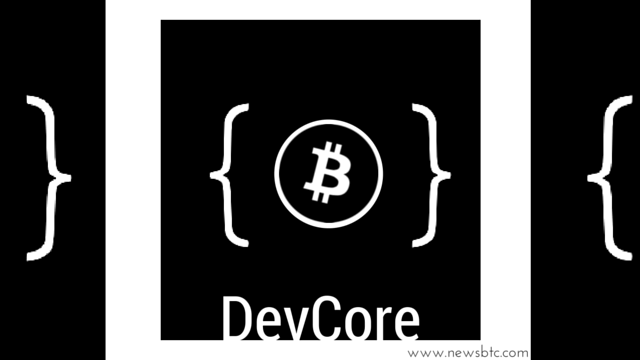 Bitcoin Foundation will hold a DevCore Workshop on October 16, 2015 from 9:00 am to 4:30 pm in Draper University, Menlo Park, California. The goal of the workshop is to build knowledge, widen understanding, and deepen technical expertise to support the future development of Bitcoin Core.

Speakers include Jeff Garzik, Gavin Andresen, and Charlie Lee, among many others to be announced soon. The group is also adhering to an anti-harrasment policy that does not tolerate offensive verbal comments or harrasment of any form that could prompt organizers to sanction or expel participants from the event.

One of the speakers in the event, Gavin Andresen, has co-created Bitcoin XT in hopes of providing the network with an alternative version of the software that allows a shift to larger block size limit of 8MB. However, the adoption of this version has been very low, with the consensus still favoring Bitcoin Core.

At the Bitcoin Foundation, Gavin heads a team of programmers who work to improve and standardize the existing code. He has been one of the original developers of the bitcoin protocol and has been the informal ambassador of the network since Satoshi Nakamoto’s disappearance a few years back.

Another speaker, Charlie Lee, is the creator of litecoin. This altcoin has been in existence since 2011 and has been the second most popular cryptocurrency next to bitcoin. Lee is expected to share more details on the differences between the two cryptocurrencies and how software adjustments can be made to accommodate more transactions at faster speeds.

Meanwhile, speaker Jeff Garzik is a bitcoin core developer at BitPay and is the founder of Dunvegan Space Systems. He has been involved in disruptive technology for the past years, working for a number of internet startups and service providers in the 90s.

Tickets for the event can be purchased here, with various prices applicable for students and Bitcoin Foundation members. Bitcoin payments are accepted.

Tags: bitcoin conferenceBitcoin CoreBitcoin developersBitcoin Newsblockchain technology
TweetShare
BitStarz Player Lands $2,459,124 Record Win! Could you be next big winner? Win up to $1,000,000 in One Spin at CryptoSlots