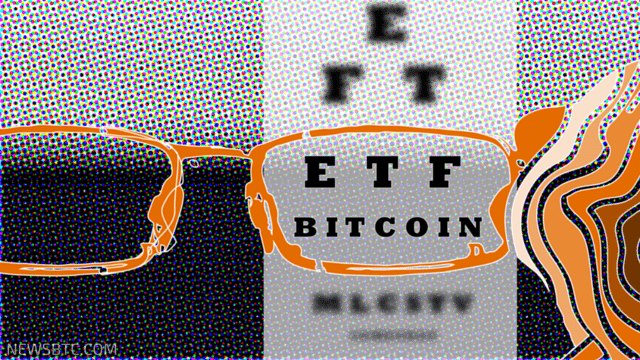 American multinational fund management corporation and the world’s largest money manager Blackrock has announced that a record breaking amount of US$347 billion worth of exchange-traded funds (ETFs) have been traded in 2015.

ETFs currently managed by BlackRock, which total nearly US$130 billion, recorded all-time best performances, surpassing the growth of its iShares ETF businesses in 2014. The New York-based organization with over US$1 trillion in management reached a new high record, selling around US$97 billion worth of ETFs, recording a 15.46% increase since 2014.

Mimicking the performances of global cross-industry ETFs, premium bitcoin shares such as Grayscale investment’s Bitcoin Investment Trust, which is traded on the public stock market with the ticker GBTC also recorded a new yearly high, reaching close to US$65 per share.

GBTC – which acts as a premium alternative to bitcoin exchanges – represent one tenth of a bitcoin. Growing number of investors have begun to actively trade the shares of GBTC with concerns regarding the security and reliability of online bitcoin exchanges and wallet platforms.

Maintained by Barry Silbert-led Digital Currency Group, Bitcoin Investment Trust unlike many other bitcoin exchanges in the market guarantees a certain level of insurance to its shareowners by managing bitcoins for their traders.

While there are many built-in security protocols and features in the Bitcoin network such as the multi-sig technology and HD wallets, mainstream investors still wary when storing bitcoins due to a few hacking instances which occurred in 2014 and early 2015.

Bitcoin and security experts also advise all users with a fairly large amount of bitcoins to store their virtual currencies in an offline storage or a cold storage, in various mediums like paper wallets. Unfortunately, many bitcoin holders fail to understand the concept of cold storage and cannot process the technological difficulties.

For such reasons, bitcoin investors and enthusiasts trading in the public market have preferred premium bitcoin ETFs like Bitcoin Investment Trust, which encouraged other institutional clients such as the Winklevoss twins to develop and launch their own Bitcoin ETFs.

“If you look at the GLD gold ETF, basically that’s our model,” said Tyler Winklevoss. The twins aim to deploy a Bitcoin ETF of their own to primarily target the volatility of the bitcoin price.

According to Yahoo Finance, the value of GBTC has increased from US$28.99 to 64.75 in the past three months, recording a staggering growth rate of 55.23% over the last few months. GBTC has also maintained sustainable daily trading volumes since its highly anticipated debut in mid-2015, at around 7,000 shares per day.

Although the value of GBTC shares are surging and have maintained a positive trend ever since its highly anticipated debut in mid-2015, financial experts criticize that an emergence of other Bitcoin ETFs may drop the share price of Bitcoin Investment Trust by over 40%, competing with the original price of Bitcoin.

Despite the concern, it is still difficult to speculate the long-term trend of Bitcoin Investment Trust and its change of value over time. However, the trading volume and share price of GBTC suggest that institutional and qualified investors will actively invest in alternative premium bitcoin shares, such as GBTC as time goes by.