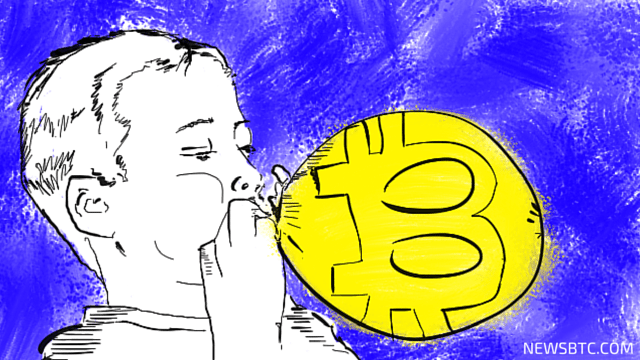 The surge in the share price of Barry Silbert-led Grayscale Bitcoin Investment Trust (GBTC) is presumed to be one of the leading factors of the recent spike of bitcoin price. BIT—the publicly-tradable shares of bitcoins operating under the ticker GBTC—was launched back in March, and represents approximately one tenth of a bitcoin.

Over the past 5 days, the shares of GBTC have increased from $45 to $55.3 per share, which means that institutional and qualified brokers have been trading the digital currency at an average price of US $553 per Bitcoin. The correlation between the unexpected surge in the share price of GBTC and the increase in the price of Bitcoin has convinced financial experts and Bitcoin analysts that the Bitcoin Investment Trust plays an essential role in the spike of Bitcoin prices.

Currently, bitcoins via the Bitcoin Investment Trust are being sold at a price of $553, around 23.6% higher compared to international exchanges including Bitfinex, Bitstamp and OKCoin.

The reason behind the popularity and intense anticipation of GBTC, explains Wedbush Securities analyst Gil Luria, is its liquidity and a level of access to investors which is not provided by Bitcoin exchanges in the market.

“The additional liquidity and easier access to investors is helping create a more fluid market for bitcoins,” says Luria.

Bitcoin experts have also stated that an increasing number of arbitrageurs are trying to profit from the volatility of GBTC and the price of Bitcoin. The increase of activity involving Bitcoin Investment Trust might have led to a surge in bitcoin buying, and thus affecting the price of bitcoin.