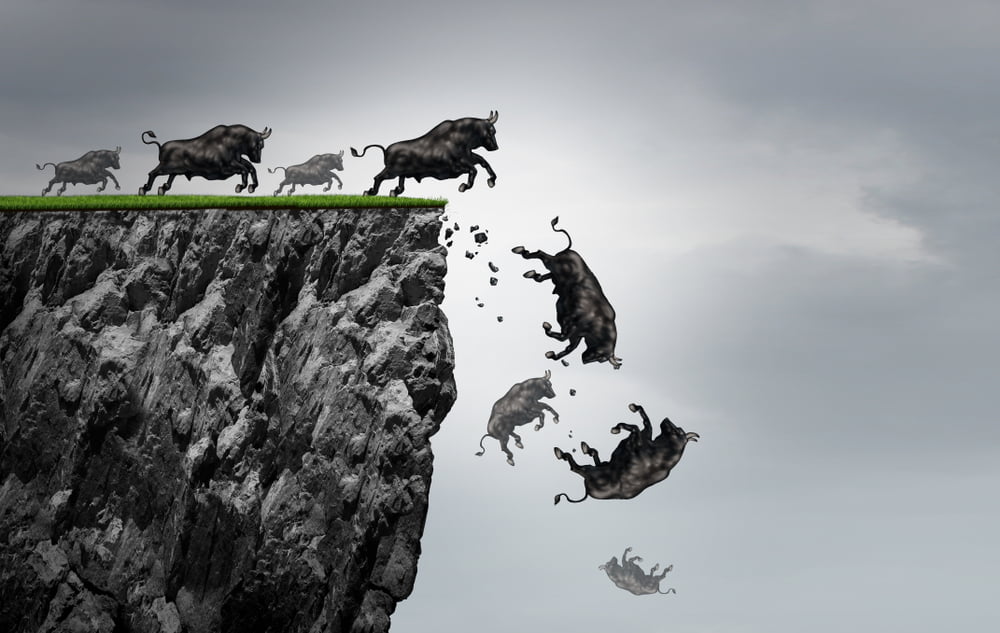 The cryptocurrency community was expecting Bitcoin to be off to the races working toward setting its next new all-time high once the first-ever cryptocurrency “bottomed” in late 2018, however, the recent downtrend has them thinking again.

According to a comparison between the current bear market and the 2014-2015 bear market, Bitcoin has clearly been following a similar trajectory, albeit on a different timescale. If the leading cryptocurrency by market cap continues to follow the same path, $3,000 wasn’t the actual bottom, and new lows may be in the months ahead.

Has Bitcoin Really Bottomed Or Will We See a Repeat of the 2014-2015 Bear Market?

Bitcoin is only eleven years young, and it’s had very little history in which to draw potential comparisons. The idea is that markets are cyclical, history repeats, and emotions are similar, so both rallies and even corrections can oftentimes take a similar shape.

But with Bitcoin, it only has had a few, small periods of drawdown, that often quickly reverse and the subsequent rally more than makes up for any lost ground.

Because there are so few comparisons to draw against, the best comparison against the current bear market is the 2014 to 2015 bear market. The bear market formed after Bitcoin topped out in late 2013 at over $1,000, then dropped all the way back to around $150 at the low.

Before Bitcoin reached $150, though, it had a short-lived rally from roughly $350 to $665 before the downtrend really picked up in severity.

I don't insist.
Moreover, I think it is very unlikely to happen.
But don't deny that there is a resemblance.
Even the time scale is expanded, just as it is expected for the increased capitalization. $BTC $BTCUSD #bitcoin pic.twitter.com/r1FqoQ1zLQ

Investors who thought their woes were over and the asset had bottomed were completely caught by surprise as the cryptocurrency dove deeper and deeper, causing extreme panic and fear.

When comparing this same sort of pattern and behavior against Bitcoin’s current bear market, with the timescale slightly adjusted for length, the price action is following the same trajectory after the rally peaked, and began heading for the true, ultimate bottom where Bitcoin bounced into a new bull market.

In April 2019, Bitcoin broke out of its trading range around the lows that were set at the time, causing many to believe the bull market had begun. But the crypto asset was rejected at $14,000 – much like it was back in 2014 at $665 and could be headed down to set a new low.

According to Elliott Wave Theory, impulse waves up often are followed by an ABC corrective wave. When applying this theory to both bear markets, it’s not impossible to see how such a situation could play out. During ABC corrections, the C wave is always lower than the A wave. In the above chart, Bitcoin price can be seen dropping through a long-term trendline to set the low for wave A, then rises to confirm the trendline as resistance before falling to wave C. When looking at the current bear market, Bitcoin fell to $3,000 for wave A, rose to $14,000 to wave B, then could fall all the way back to $1,000 for wave C.

In the former bear market, the leading cryptocurrency by market cap fell back to the previous bull market high around $150, before rising once again and setting a new all-time high at $20,000. If the same pattern occurs, Bitcoin could fall as low as $1,000, but then later go on its next bull run and set highs near $100,000 or higher – as many investors expect it to.

But for the sake of the crypto market, investors are hoping that $3,000 was indeed the bottom and that Bitcoin is already well into its next bull run.