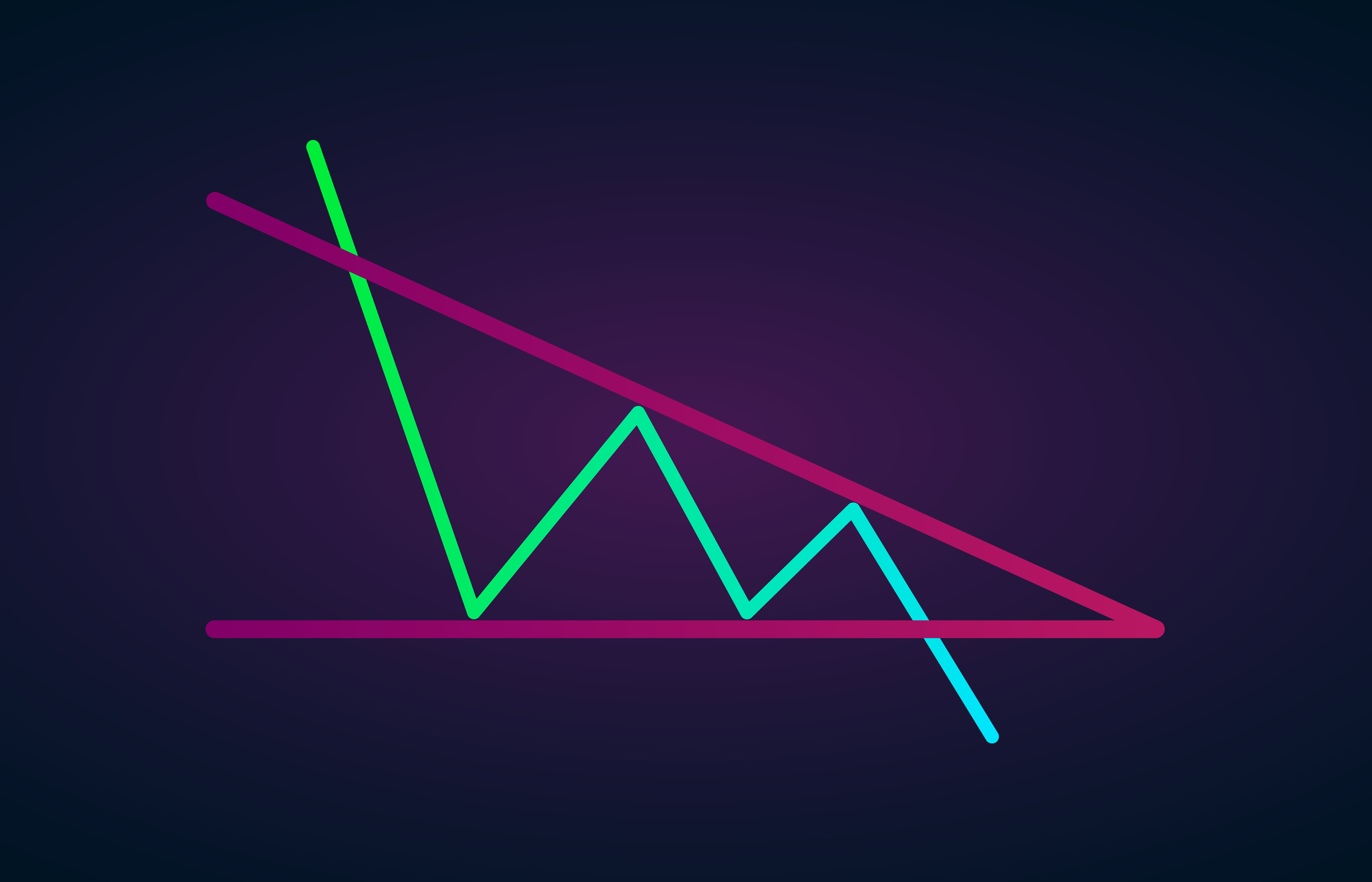 Carnage and fear have returned to the crypto market in a big way, now that Bitcoin price has dropped from the trading range it has been locked in over the last 3 months. It’s caused even the most bullish crypto investors to consider bearish scenarios.

The trading range that’s now in Bitcoin’s rearview mirror eventually formed a descending triangle, that has now begun to break down. The target of the triangle may take Bitcoin price back down toward previous bear market support near $6,000 – a price level where Bitcoin spent the much of 2018 trading at.

Throughout the majority of 2018, Bitcoin price ping-ponged between decreasingly lower highs and support at $6,000, forming a technical analysis chart pattern called a descending triangle. The multi-month descending triangle had a target of the low $3,000 range, but crypto investors were certain that $6K would hold up as it had already done so so many times before.

But eventually, that support broke and the triangle broke down, taking Bitcoin price to its bottom at $3,200. From there, the leading crypto asset went on yet another parabolic rally where it eventually met former bear market resistance and was rejected at $13,800.

Since then, the market has been having deja vu. Bitcoin price once again found itself making decreasingly lower highs while bouncing off support at $10,000 again and again, forming yet another multi-month descending triangle at the top of the now broken parabolic trend.

According to crypto analyst Dave the Wave, the triangle has a measured target that would take Bitcoin price down to below $7,000 back into the $6,000 range – that acted as bear market support, turned resistance, and could be once again retested as support.

Assuming you still have dry powder left, and assuming it goes this low, will you be ready to pull the trigger? pic.twitter.com/eCANwD4XZt

Yesterday, that triangle began to break down, sending Bitcoin price plummeting nearly $1,000 in less than 24 hours. It’s also caused the market – already at the highest historic point of fear due to altcoins capitulating en masse – to panic and worry the worst has yet to come.

But Bitcoin price returning to $6,000 to confirm it as support may be extremely healthy and what’s needed to eliminate any remaining fears that the bottom isn’t in, and solidify the foundation of the next crypto bull run.

Because Bitcoin has already started on what most believe is the next bull run, there is a strong chance the descending triangle target is never reached, and instead falls to one of the many other support levels above. $8,500 is yet another area of high interest that’s highly cited as a support level and where a CME Futures gap lies, and could incite so much buying that $6K is never again tested.