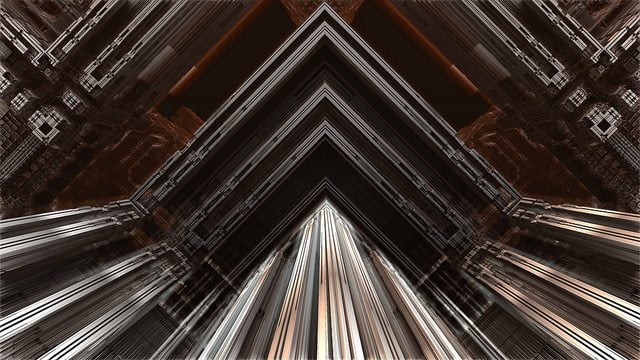 Throughout the past week, the Bitcoin price has surged from around $4,500 to $5,920, demonstrating a $1,420 increase in value within a relatively short period of time.

Since October 14, the price of Bitcoin has endured a minor correction, declining from $5,920 to $5,500. But, Bitcoin Core developer Eric Lombrozo emphasized the resilience of Bitcoin towards various external factors that could have led the Bitcoin price to decrease significantly in the short-term.

Hard Fork in November: How it Became a Positive Factor For Bitcoin Price

As Lombrozo noted in the statement above, Bitcoin has survived through various events that could have led to a short-term plunge in the price of Bitcoin. For instance, in September, the Chinese government imposed a nationwide ban on cryptocurrency exchanges to a market which handled approximately 10 to 13 percent of global Bitcoin trades.

Within two weeks, the global cryptocurrency and Bitcoin exchange markets successfully restructured, as trading volumes from China moved to overseas markets such as Japan, South Korea, and the US. The Chinese government’s ban on cryptocurrency exchanges, which could have turned out to be a negative mid and long-term factor for the Bitcoin price, ultimately provided a better platform for the price of Bitcoin to achieve new all-time highs because trading volumes have moved to more stable and efficient Bitcoin markets.

Apart from China, one of the major events the Bitcoin community has been anticipating is the SegWit2x hard fork in November. Earlier this month, prominent Bitcoin analysts and investors including Tuur Demeester explained that depending on the support for SegWit2x, the price of Bitcoin could vary.

More to that, users and investors that do support the SegWit2x proposal would also have to invest in Bitcoin in order to obtain SegWit2x coins in November and as such, the demand for Bitcoin from SegWit2x supports could have likely caused the Bitcoin price to increase as well.

Over the past month, Bitcoin has shown resilience towards negative indicators and factors that could have led the Bitcoin price to plunge below the $3,000 mark. Instead, due to increasing demand from institutional investors and strengthening of the Japanese and South Korean markets, the Bitcoin price has established a new all-time high and has positioned itself to lead another strong rally.

As large-scale investment firms and retail traders continue to engage in Bitcoin trading as suggested by key figures including billionaire hedge fund investor Mike Novogratz and Bitfury executive George Kikvadze, the Bitcoin price is likely to increase to $6,000 in the mid-term, to the interim target of most experts such as Blockstream executive Samson Mow, as NewsBTC previously reported.