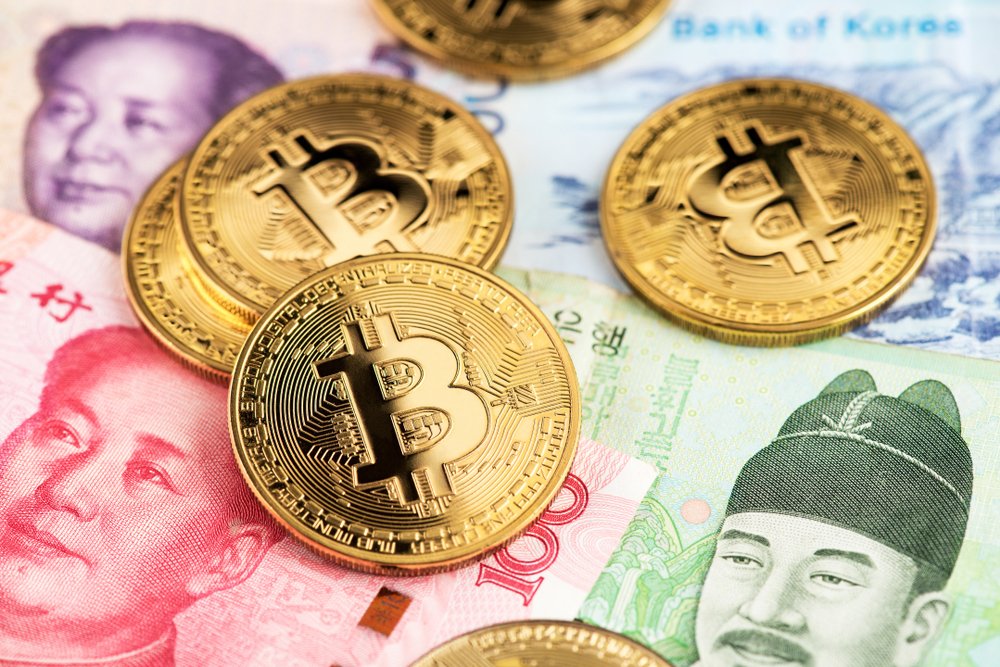 Bitcoin rose above the $11,800 level on Monday as People’s Bank of China (PBoC) pushed the Chinese Yuan to its decade low.

At around 0740 UTC, the BTC/USD instrument established a local high of $11,860, up 6.67 percent in the past 24 hours. The move upward brought the pair’s 7-day gains to 23.93 percent. The price rally stalled ahead of the European market open, with price correcting by as much as 1.35 percent.

The move for bitcoin has also been supported by $7.69 billion worth of reported volume in the past 24 hours. At the same time, the “Real 10” 24 Hour Volume notes $1.71 billion worth of trading activities.

The gains in the bitcoin market coincide with the decision of US President Donald Trump to impose 10 percent tariffs on $300 billion worth of Chinese imports. The macroeconomic event led the PBoC today to set its daily referential rate for yuan below $7, its worst in a decade. The Chinese central bank said in a statement that it would keep the currency “reasonable and balance,” adding that their move is an act of “trade protectionism” against Trump’s economic warfare.

The latest drop in yuan, says PBoC, is merely a reflection of fluctuating demand and supply.

Markets across the globe, meanwhile, are taking a beat. Japan’s Nikkei Index plunged 1.7 percent, and the Shanghai Composite Index fell 1.6 percent. At the same time, South Korea’s Kospi also dropped by 1.6 percent, and in Hong Kong, where a sociopolitical turmoil is unfolding, the Hang Seng Index crashed by as much as 3.1 percent, its worst since October last year.

The US stock futures are also underperforming as China retaliates with a yuan rate cut. S&P 500 Index futures contracts expiring in September fell up to 1.3 percent. Dow Jones contracts also shed 1.2 percent off their capitalization, while those on Nasdaq 100 slid as much as 1.7 percent.

Chris Weston, the head of research at Pepperstone Group, wrote in a research note that yuan depreciation could trigger capital flight from China, adding:

“Fears of yuan depreciation and a currency war have ramped up again; this will likely compound worries across financial markets.”

Investors looking for a refuge from the adverse sentiments in the global market are visibly bringing more capital to the bitcoin market. Scott Melker of Texas West Capital believes Chinese are once again driving the cryptocurrency prices up while avoiding to become collateral damage of the US-China trade war.

We are entering a new cycle where Investors are moving into Bitcoin when equity markets fall. pic.twitter.com/rZ3xvDEJNh

The price of bitcoin has surged 17.54 percent since Trump’s tariff warning.