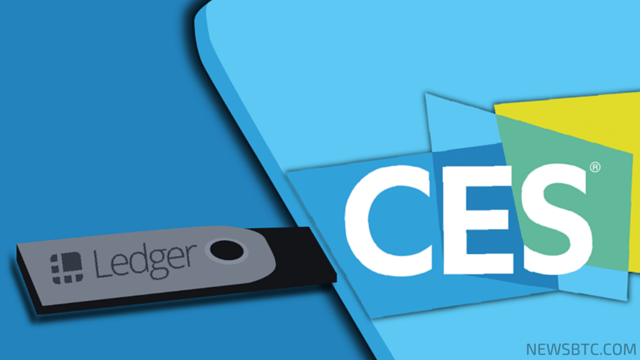 The Smartcard based bitcoin hardware wallet Ledger has become the only bitcoin startup to participate in the International Consumer Electronics Show (international CES) 2016, an event which showcases more than 3,600 exhibiting companies including developers of technology hardware and systems.

The Ledger Wallet team will demonstrate their bank and enterprise-grade blockchain-based products, including the original Ledger Bitcoin Wallet, Ledger BLUE and Ledger FIDO.

Since 2015, hardware products produced by Ledger Wallet such as Ledger Nano have begun to allure mainstream users, by providing a simple yet robust method of storing bitcoin. The Nano lightweight smart card device enables users to protect bitcoins and make safe payments using a USB. The wallet offers an uncomplicated backup and restoration procedure with an unprecedented level of security through their microchip and pin code encrypted system.

FIDO alliance, a non-profit organization established in July 2012 have transformed the nature of online authentication over the past few years by developing scalable and interoperable set of mechanisms which reduce the reliance on passwords.

“Ledger plans to provide with its next Hardware Wallet products standard FIDO implementations with Bitcoin, leveraging on well-established standards and a vibrant ecosystem,” announced the team.

The Ledger team will present their products in LVCC, South Hall 1 booth 21832, under the category “Cyber and Personal Security.” CES 2016 recognizes the startup as a disruptor in the finance sector, providing safe payment services and smart wallets to international users.

“With the unlimited combinations of interconnected devices advancing our health, homes, vehicles and finances, we’re more susceptible to identity fraud than ever before. The Cyber & Personal Security Marketplace will feature innovations ranging from smart wallets and safe payment apps to secure messaging and private internet access,” stated the Consumer Technology Association.

Businesses and enterprises participating in CES 2016 could benefit from the Ledger team’s security-focused enterprise-level smart wallets, such as the Ledger HW.1, a complete bitcoin payment solution for multi-signature technology.

While bitcoin enthusiasts and experts understand the nature of bitcoin and its various security protocols. Mainstream users are often hesitant in using online bitcoin wallet platforms and applications. For businesses with larger transactions and payment settlements, Ledger HW. 1 enables departments or key players within organizations to hold multiple private keys or passcodes to the wallet as an extra security measure.

Since all of the private keys issued to the stakeholders are required to complete a payment, the wallet will never fall victim to a hacking attack or a data breach. Additionally, users can store bitcoins in cold storage, or offline, which guarantees a complete protection of user funds.

“Suited for enterprise uses, Ledger HW.1 is the baseline smartcard hardware wallet for professional and team needs, a secure Bitcoin wallet for multi-signature transactions. With HW.1 you can store safely your bitcoins offline, and make everyday payments online,” said the Ledger team.

Over time, as the price and daily trading volumes of bitcoin surge throughout 2016, an increasing number of investors and high profile traders will search for secure alternatives to cold storage and bitcoin wallets. Ledger Wallet aims to help both enterprises and mainstream bitcoin users to protect their funds safely, with ease.