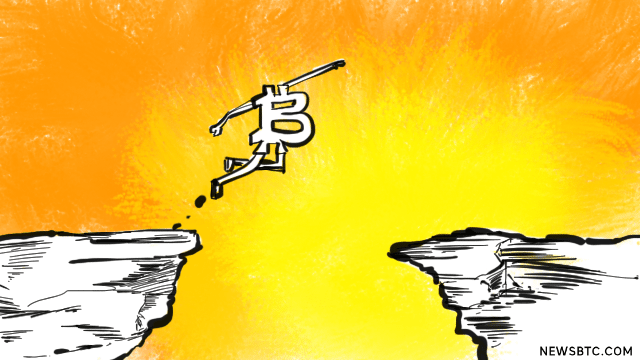 Bitcoin to Skyrocket To $4,400 in 2 Years: Hedge Fund Co-Founder

Daniel believes that bitcoin could retest its all-time high of $1,100 in 2016 and then race to $4,400 in the next year. He believes that a number of fundamental factors would come into the picture by then. Increased acceptance of bitcoin payments by big businesses and banks, a fast-growing interest in the blockchain tech, and huge demand from China are among the prominent factors that will aid a price advance in the coming years.

The 2016 reward halving to 12.5BTC is also expected to reduce the money supply, resulting in an upward price push.

Masters said the “nascent” market has failed to capture the full potential of the reward halving.

“If OPEC (Organization of the Petroleum Exporting Countries) came out tomorrow and said, ‘in six months’ time we’re going to halve oil production’, the oil price would instantaneously react. But the bitcoin market is still in its infancy, and I don’t think that factor is discounted into the price fully.”

Bobby Lee, CEO of BTCC reiterated his bullish views saying that the price could reach as high as $3,500 by next summer. He believes that even though people are undervaluing this asset now, it will reach its full value in time. Bobby Lee had earlier said to NEWSBTC that he is very bullish on Bitcoin price appreciation from a long-term view.

Jeremy Millar, partner at Magister Advisors also highlighted that the law of supply and demand will play a crucial role in price appreciation. He told Reuters that the demand for this decentralized digital asset will continue to increase.

Tags: bitcoinbitcoin hedge fundbitcoin priceblockchainBobby LeebtccNews
Tweet123Share196ShareSend
Win up to $1,000,000 in One Spin at CryptoSlots