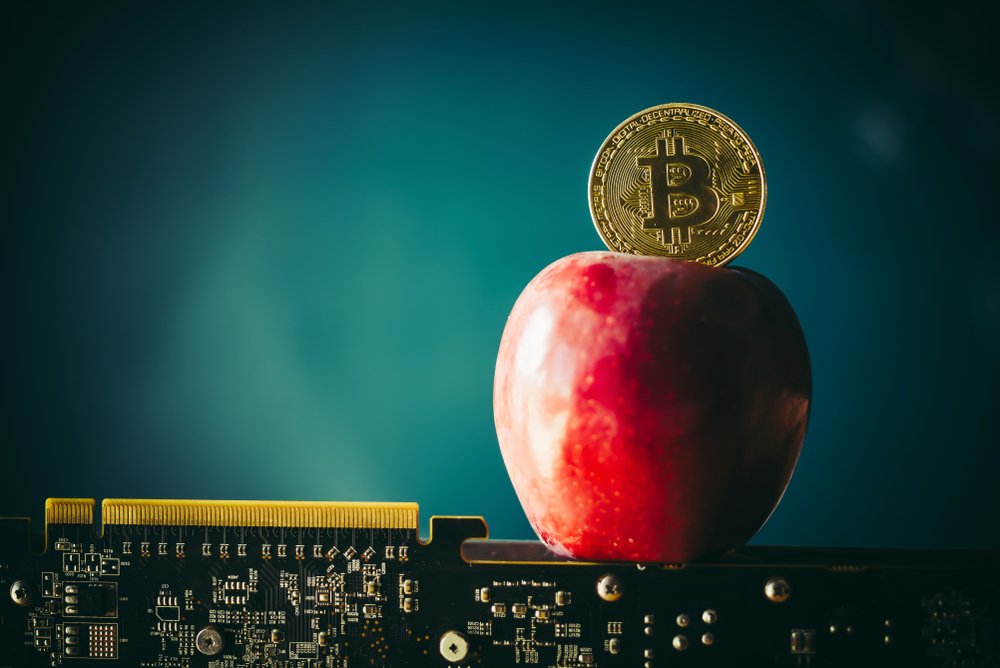 Twitterati CryptoRae shared a screenshot of the most-searched apps on the Apple Store. It showed Coinbase, a cryptocurrency wallet app managed by a San Francisco-based exchange of the same name, and Blockchain, a similar wallet service provider, listed on the Apple Store’s curated spots. While Coinbase was the sixth-most searched apps at that moment, Blockchain was two steps below at eighth.

The apps’ trend on the Apple Store closely followed bitcoin’s meteoric rise. The cryptocurrency clocked its fresh yearly high at $8,350 on Tuesday after rising more than $2,500 in just two weeks. Before that, bitcoin was already pursuing an intense upside action as it went on closing April at a 38.27 percent higher rate than it did in March.

The successive bullish moves prompted analysts to speculate that institutional investors were behind them.

Meanwhile, a few skeptics called the bitcoin price jump artificial, for it was taking place amidst scandals involving two of the largest cryptocurrency exchanges. Malta-based Binance lost close to $40 million worth of bitcoins in a security breach on May 8. And just two weeks before the hack, Hong Kong-based BitFinex and it’s stablecoin partner, Tether, attracted a lawsuit from the New York State Attorney General for allegedly mishandling over $700 million worth of customers’ funds.

Data provided by the Apple Store indicated that small investors are finally looking to give the ongoing bitcoin price boom a chance, now that the cryptocurrency market, on the whole, had corrected upwards by more than $100 billion since December 15, 2018.

Thomas Kriebernegg, the chief executive of App Radar, an app marketing agency, discussed the factors that push apps into the Apple Store’s trending list. He wrote:

The high searches for the keyword ‘Coinbase’ and ‘Blockchain,’ therefore, reflected an average user’s interest in what those apps offer: a service that enables the buying, selling, and storing of cryptocurrencies like bitcoin.

Those statistics proved that more retailers were looking to download cryptocurrency wallets for, perhaps, making their first purchases. They also validated ordinary investors’ need to hedge into decentralized assets, especially when a global market meltdown was looming overhead.