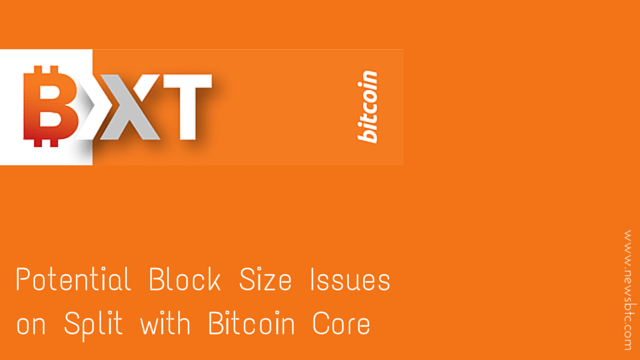 The launch of Bitcoin XT represents a split with the Bitcoin core software, creating a fork in the road for blockchain. With that, cryptocurrency enthusiasts have started discussing the potential issues that may arise and how it could affect the block size debate.

Writer Richard Gendal Brown shares three core issues that might come in to play. These are the fear of two different types of failure, a clash of visions, and the lack of a process to reconcile these differences.

Such a division between existing bitcoin software versions has never been seen before, as the fundamental idea of the network relies in favoring the majority. If two versions of the blockchain exist, the system should gravitate towards the one that is stored on majority of computers in the network.

Brown points out that the fear of technical failure and the fear of practical failure could arise. He cites that developers could focus on the things that might go wrong with these types of systems. Comparing these to the potential benefits might exposure further weaknesses of the systems, such as scalability. Apart from that, he cites that the indecision surrounding the block size debate could leave developers doing nothing, thereby increasing the risks involved.

Another issue central to the block size debate is the clash of visions in the industry. Being a decentralized network, there is no governing body on bitcoin to tell industry players what they need to aim for or what the system’s goals are.

Lastly, the lack of process on what to do next is also a potential roadblock. “It’s not enough to control which code goes into the “core” distribution: the prevailing network rules are a complex function of miner adoption, full node adoption, wallet adoption, major merchant/processor adoption, and more,” wrote Brown. “It’s an inherently messy and political process.”

Tags: Bitcoin block sizeBitcoin networkbitcoin versionsBitcoin XTNewsOpinion
TweetShare
BitStarz Player Lands $2,459,124 Record Win! Could you be next big winner? Win up to $1,000,000 in One Spin at CryptoSlots