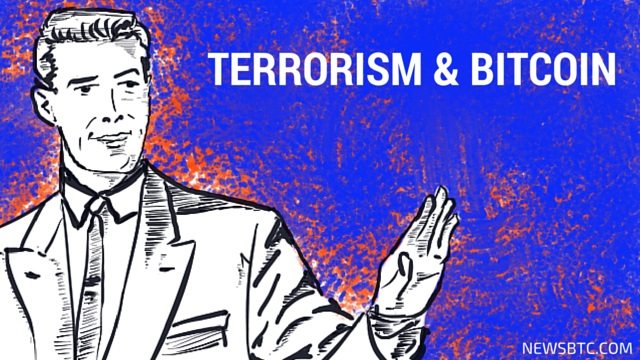 Kopp Online, a German news website, has just published an article which mentioned that Ghost Security Group hactivists have managed to control a bitcoin address related to ISIL and were able to lock out 9554 bitcoins that were going to be used to spread terror all around the world.

Kopp Online, published an interview with “Anonymous”, a group of hactivists who have declared war against ISIL following France’s attacks. Here is a quote from the article that was written in German:

A great fuzz was created last week in the media, when Anonymous declared war on ISIL and also following NewsBTC’s interview with Ghost Security Group. However, according to the article on Kopp Online, there is no evidence that can prove that GSG really seized 9554 bitcoins from ISIL’s BTC addresses, especially that the website didn’t publish any BTC addresses related to GSG’s attack operation on ISIL.

There has been a lot of gossip relating ISIL to bitcoin and cryptocurrencies in general, but no one ever presented cutting evidence that links ISIL to bitcoin or other cryptos. However, it is rather logical to think that a terrorist group like ISIL would resort to the anonymity haven of bitcoin, yet we are still waiting for evidence to uncloak to prove that.

So, is Ghost Security Group just trying to capture the attention of the media again, after our interview with them went viral all over the internet, or shall they present us with clear evidence that they really seized 9554 bitcoins from ISIL’s BTC addresses?

I hope the following few days would yield the answers to those questions.

Note: This article is just conveying the story published by the German news site Kopp Online, which lacked proof. We are investigating the case and attempting to contact GSG and Anonymous to clarify this story.

Tags: bitcoinBitcoin newsGhost Security GrouphackedInterviewsISIL
Tweet123Share196ShareSend
BitStarz Player Lands $2,459,124 Record Win! Could you be next big winner? Win up to $1,000,000 in One Spin at CryptoSlots