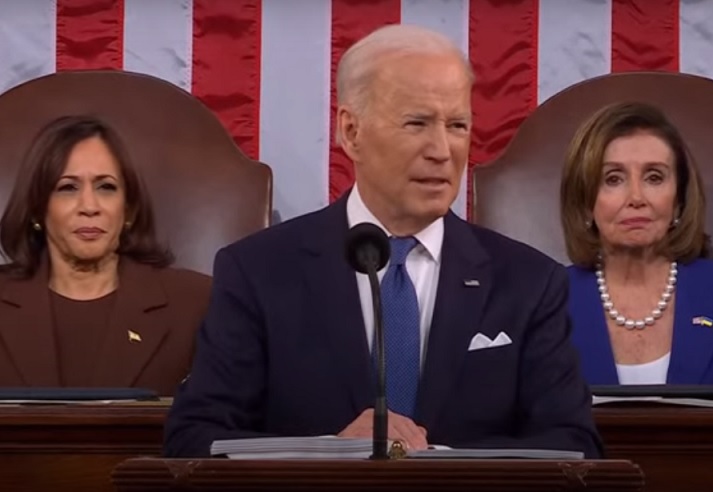 Intel played a big role in President Biden ’s State of the Union address. He highlighted the company’s plan to manufacture semiconductor chips in Ohio, and said, “Make more cars and semiconductors in America. More infrastructure and innovation in America.” Was he secretly approving Intel’s plan to produce ASIC bitcoin miners? Or did he not know that those semiconductors are an integral part of those machines?

Make no mistake, semiconductor chips or integrated circuits are an integral part of almost every technological device around you. And Intel is a huge company with many products and many clients. Those semiconductors Intel is planning to produce will go everywhere. However, there’s no denying that ASICs are a big part of the company’s future plans.

“Intel is about to bring forward a blockchain chip that’s dramatically better. That is orders of magnitude better in terms of power performance. So, we’re helping solve the climate issue.”

Exaggerations aside, Pat Gelsinger was a big part of President Biden ‘s State of the Union address the other day.

What Did President Biden Say About Intel?

One of Biden ‘s big success stories was Intel’s $20B investment in Ohio. The plant they plan to build will manufacture semiconductor chips. There’s a global shortage for those, and more than 170 industries depend on them. Nowadays, China, South Korea, and Taiwan are the main producers of integrated circuits. And those factories are working full time to fulfill an ever-increasing demand.

Enter Ohio. As The Columbus Dispatch put it:

“If you travel 20 miles east of Columbus, Ohio, you’ll find 1,000 empty acres of land. It won’t look like much, but if you stop and look closely, you’ll see a ‘field of dreams,’ the ground on which America’s future will be built.”

And then and there, he mentioned Pat Gelsinger by name, as the man to make it happen. President Biden didn’t mention bitcoin mining, though. The U.S.’s Plan To Manufacture Semiconductors

The global chip shortage presents an obvious opportunity, and the U.S. wants to take advantage of it. Intel´s play is part of a bigger move. In the article “Bitcoin Mining And The Global Semiconductor Shortage Are On A Collision Course,” security expert Shinobi informed us:

“The United States Senate has recently passed the “U.S. Innovation and Competition Act,” which will spend $52 billion dollars on increasing domestic semiconductor fabrication capacity, and the “CHIPs for America Act” being introduced in the Senate to create income tax credit for semiconductor companies.”

So, Intel is going to benefit from all of that. Plus, they´re going to use those semiconductor chips to aggressively step into the bitcoin mining business. A business traditionally controlled by Chinese companies Bitmain and MicroBT. Can Intel compete with them? According to a recent SEC filing NewsBTC reported on, they can:

“When the world first heard about Intel’s ASIC ambitions, the company cleverly described the machines as “ultra-low-voltage energy-efficient.” How efficient will they actually be? Tom’s hardware answers:

“According to the listing, BMZ2’s performance weighs in at 135 TH/s with 26 J/THs of efficiency. Additionally, the miner is roughly half the cost of a competing Bitmain S19 Pro while being 15% more efficient, rivaling the best hardware on the market from competing companies.”

To better understand the plan, let’s quote Shinobi once again:

“The dynamics of who can and can’t produce semiconductors in general is already coming to the forefront of politics as nations realize the importance of minimizing reliance on foreign actors to maintain such capacity. It is only a matter of time before how these issues relate to Bitcoin mining starts to come to their attention as well.”

President Biden And Intel Are Not Playing Around

As you can see, both President Biden and Intel have an ambitious game plan. Is bitcoin mining a part of the plan? In Intel’s case, the answer is an obvious yes. On the other hand, Joe Biden didn´t even mention the topic in his speech. It was always there in the background, though. At least according to us.

Let’s close with another quote from Biden ‘s State of the Union address:

“I have a better plan to fight inflation. Lower your costs, not your wages. Make more cars and semiconductors in America. More infrastructure and innovation in America.”

That’s great, but… about that “plan to fight inflation”… what about stopping the rampant money printing?