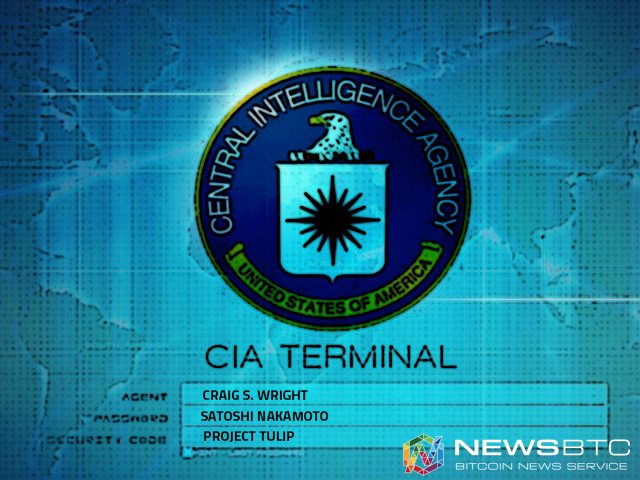 Is There A Bitcoin Connection Between The CIA & Satoshi Nakamoto?

The mystery of Satoshi Nakamoto will remain a topic of substantial discussion for several years to come. Some people feel the CIA might have been involved in the creation of Bitcoin, although there is no evidence to back up these claims. However, Gavin Andresen once gave a talk on Bitcoin at the CIA headquarters.

Is There A CIA – Bitcoin Connection?

It is not the first time people mention how Bitcoin may have been created by the CIA, despite a clear lack of evidence to back these claims. However, a recent article on Dollar Vigilante mentions how an intelligence agency may have been involved in the Bitcoin concept at some stage throughout its seven-year history.

The recent revelation of Craig Wright not being Satoshi Nakamoto – despite Jon Matonis and Gavin Andresen stating otherwise – has spurred a new debate as to who created Bitcoin in the first place. Although this mystery may never be resolved completely, there have been previous mentions of the CIA – or the FBI – creating Bitcoin. Unfortunately, neither of these claims seem particularly valid, as there is no concrete evidence pointing in that direction.

While it is certainly true Gavin Andresen gave a talk on Bitcoin at the CIA headquarters a few years ago; nothing has come from that connection ever since. Or to be more precise, no information has ever been revealed indicating this connection is still being maintained by both parties to this very date.

The Dollar Vigilante website mentions the conspiracy theory of Bitcoin being assembled by the CIA and other intelligence agencies. It is certainly possible Satoshi Nakamoto is not a person, but rather a group of individual developers. However, that does not bridge the gap between Bitcoin and the CIA right away.

Moreover, there is the concern of how the CIA manages to have their fingers in all sort of pies, especially where technology is concerned. The intelligence agency has also set up a dedicated fund to invest in startups over the next few years. Could all of this be a result of being involved in the process of creating Bitcoin? The jury is still out on that statement, but it is an interesting train of thought for sure.

The overwhelming lack of evidence as to who is – or was – Satoshi Nakamoto leads to all kinds of speculation. None of these ideas can be dismissed altogether, although the involvement of the CIA in Bitcoin seems ludicrous at best. In the end, it should not matter who created Bitcoin in the first place, as its ideology and technology speak volumes for themselves.

Read our comparison of 50 different crypto casinos. Find out who has most generous bonuses, best UX, knowledgeable customer support and best provably fair games.
Tags: bitcoinBitcoin NewsCIAcryptocurrencygavin andresenIntelligence AgencyNewsOpinionSatoshi Nakamoto
Tweet123Share196ShareSend
Win up to $1,000,000 in One Spin at CryptoSlots