Bitcoin is Accepted Globally… What Would Happen? 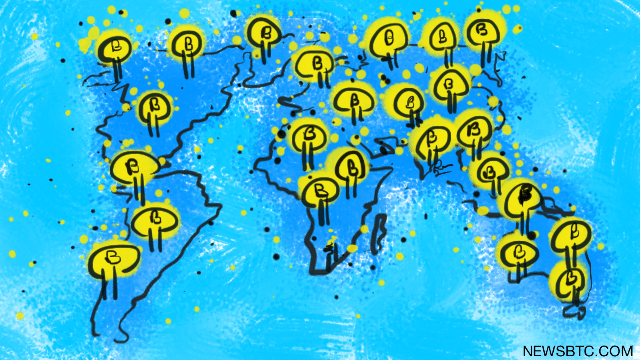 What would happen if Bitcoin was accepted on a global scale? No doubt, this is a question that has popped into every crypto-lover’s minds at one point or another, but we likely think of it for a few seconds or a few minutes and figure, “It’s just not going to happen” before we move on to our daily tasks and our minds become flooded with other things.

But seriously… What would happen? What if every country, large and small, rich and poor, suddenly stood up and declared Bitcoin completely and fully legal, and everyone was entitled to use it however they pleased? It all sounds fantastic at first… A dream scenario practically, and yet, one can’t help but wonder if there would be a downside should this ever occur.

Let’s first look at things positively. It’s possible that if Bitcoin were declared legal on a global scale, and every nation saw the cryptocurrency as legit money, every bitcoin owner would become rich overnight. Globalization could likely make it spike heavily in value. Right now, we’re going crazy over the fact that Bitcoin is near the $500 mark, so imagine the heights it would hit granted every country declared it safe and use-worthy. Bitcoin owners could potentially become millionaires. Usage in China is what’s consistently “blamed” for the recent price spike that occurred in November, so imagine the numbers we would see if every country followed in China’s footsteps.

But what’s the other extreme? Is it possible that the exact opposite of the above-described situation could take place? Think of this… Every country declares Bitcoin legal, and as a result, the value heavily decreases within a matter of months or weeks. It is now no longer a unique currency. There is nothing special about it as literally everyone is using it. Therefore, the value decreases. Something uncommon garners stronger value when up against something that can be found on every street corner.

What do you guys think? Would Bitcoin grow in price, or would it sink to the bottom? Post your thoughts and comments below.

Tags: bitcoinbitcoin acceptancebitcoin pricebitcoin price hikechinaglobal currencyOpinionOther
TweetShare
BitStarz Player Lands $2,459,124 Record Win! Could you be next big winner? Win up to $1,000,000 in One Spin at CryptoSlots