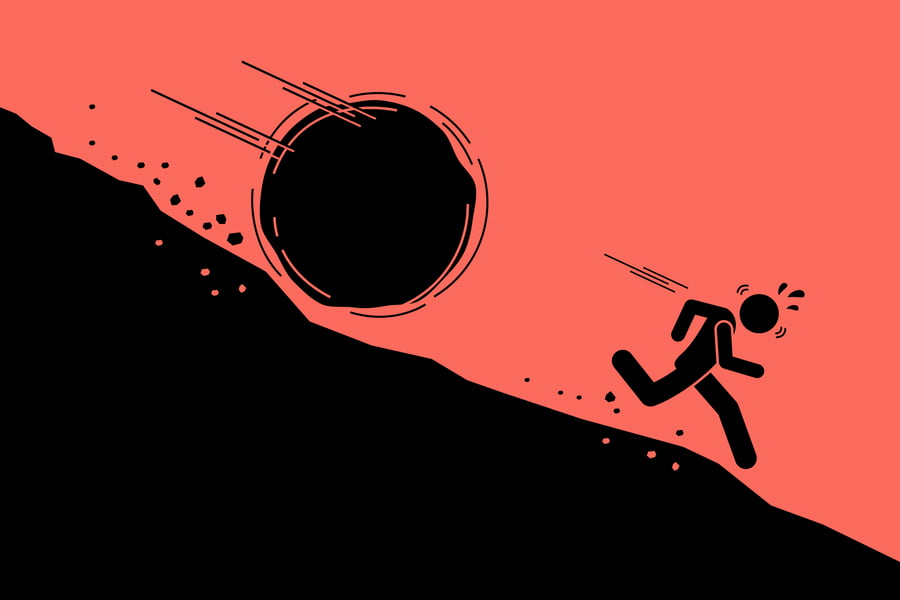 Bitcoin risks plunging to its eight-month low after closing below a crucial support level earlier last week and dropping to the $6,400s.

The benchmark cryptocurrency invalidated its 50-weekly moving average support for the first time since May 2018. The historical level confirmed bitcoin’s long-term bullish bias in periods when the price was trending above it.

Conversely, it alarmed traders about imminent bearish corrections when the price slipped below it.

The last time bitcoin closed below the 50-weekly MA had resulted in a price drop of approx 61.39 percent. On the other hand, when the cryptocurrency broke above the MA, it rallied by as much as 161.79 percent to the upside (data from Coinbase).

With bitcoin dropping below the 50-weekly MA, the sentiment for an extended downside move is increasing in the long-term.

The latest breakdown has brought the cryptocurrency’s 200-weekly moving average in view as the next potential downside target. It is largely because of the level’s historical significance while capping bitcoin’s wild bearish move from flourishing in December 2018.

The 200-weekly MA assisted the cryptocurrency in bottoming out near $3,120 last year. After that, its price surged by as much as 343.24 percent – towards a $13,868.44 top. So it appears, the MA could again behave as support to bitcoin’s ongoing downside attempts.

Bitcoin will soon be oversold

The weekly Relative Strength Index (RSI), which evaluates bitcoin’s overbought or oversold conditions based on certain numerical readings, appears in line with the possibility of an extended breakdown.

The current RSI reading is 40, which shows bitcoin is only ten points away from becoming an oversold asset. The journey from 40 to 30 coincides with the cryptocurrency’s move from the current price to that of the 200-weekly MA.

The RSI downtrend also indicates a potential reversal near 30 based on historical behaviors. That further validates 200-weekly MA as the level that could serve as bottom to bitcoin’s current downtrend.

[Disclaimer: Cryptocurrency trading involves ample risk of loss and is not suitable for every investor. All trading strategies are used at your own risk.]