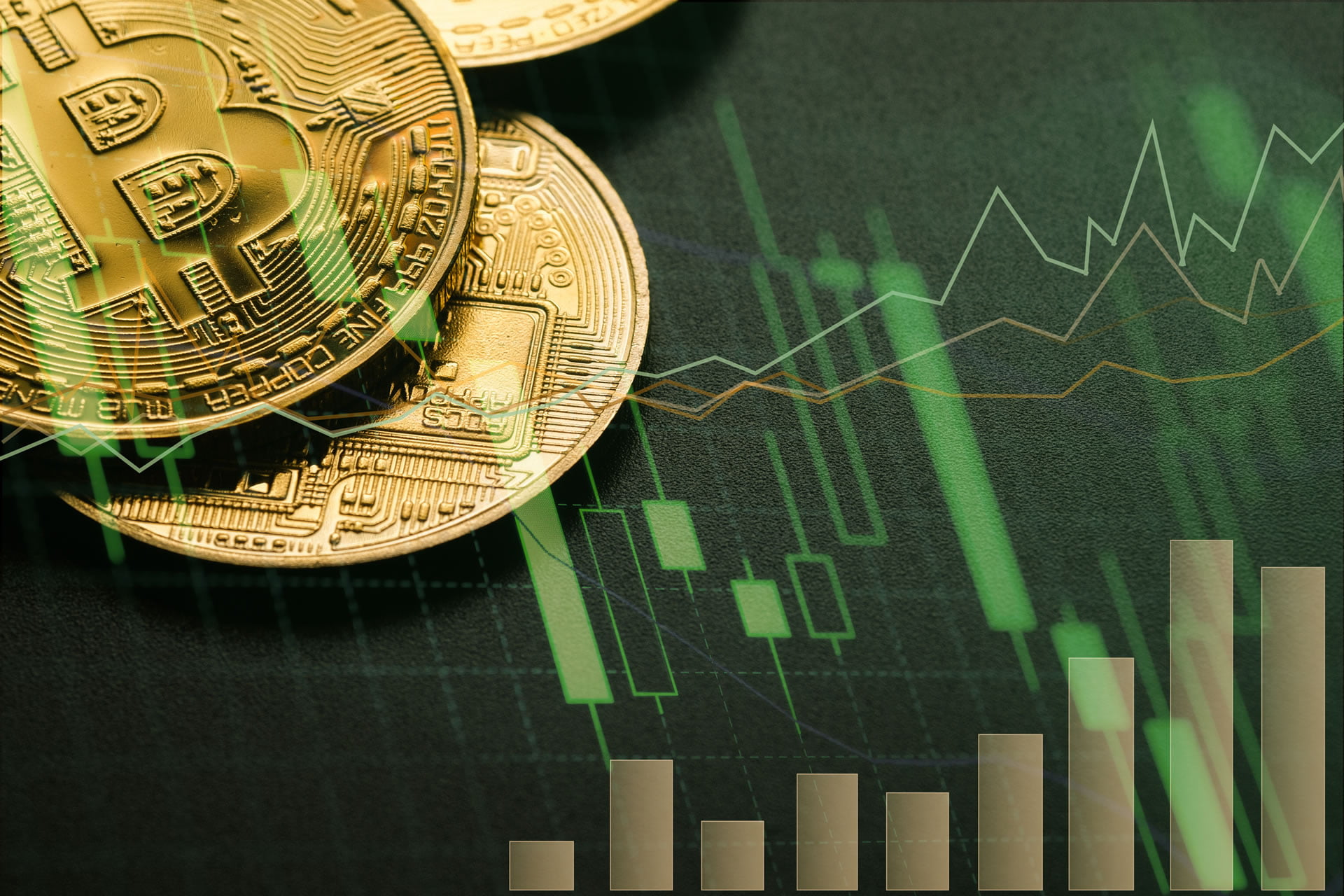 For the first time this year, Bitcoin is trading above $8,500 as bulls take charge. In line with prevailing sentiment and candlestick arrangement, it is likely that BTC will rally towards the psychological $10,000 mark.

There is excitement around Bitcoin and crypto market in general. Often, the former does drag or lift the latter. At the moment, the spike in BTC’s price and market participation is permeating to the altcoin market.

After yesterday’s stellar performance during the American session, Bitcoin is trading above $8,500 for the first time this year. The level acts both as a resistance mark and a buy trigger from previous trade plans. Now that BTC is above $8,500, expanding to highs of nearly $9,000 at some point yesterday, the community is confident that this is the beginning of something huge rally.

Leading the camp is Brian Kelly, a permabull, who is expecting prices to rally into and after next year’s halving. Another prominent supporter is Bitwise Asset Management. The firm said the Bitcoin spot market is “significantly smaller and significantly more efficient” than it was in 2017, meaning that have full faith in this market.

While presenting their comment to the U.S. Securities and Exchange Commission (SEC), they added that there has been a dramatic improvement in Bitcoin spot and arbitrage market despite increasing volatility and shrinking trade volumes.

“This comes despite high volatility and (at times) declining overall trading volume, and is driven by a large number of factors that reflect the growing maturity of the space. After you remove the fake volume and fake data from the equation, you are left with an extremely efficient and orderly market and one that is backstopped by a regulated derivatives market of significant size.” 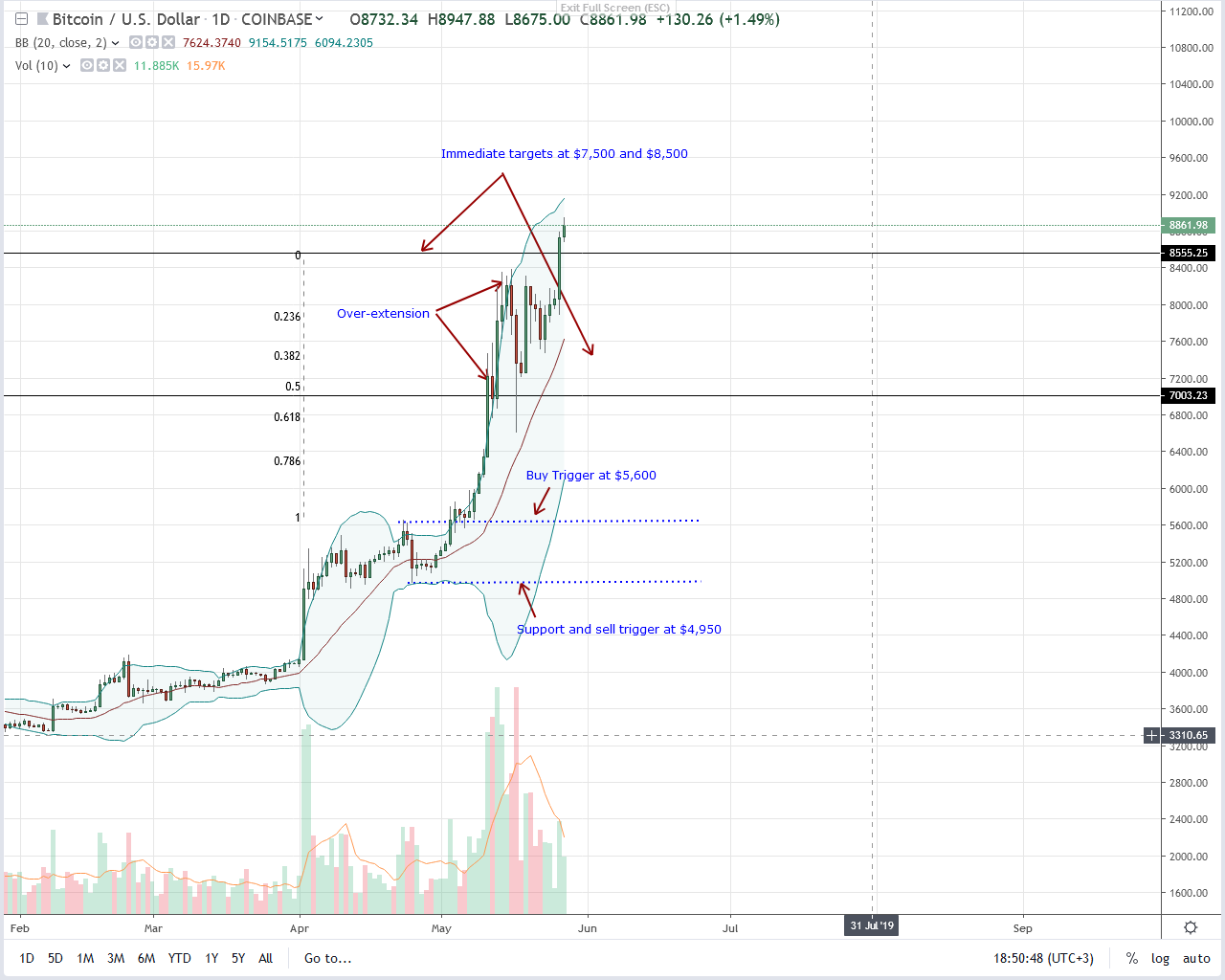 At the time of writing, Bitcoin is changing hands at $8,850. The world’s most valuable asset is up 10.7 percent in the last day, trading within a bullish breakout pattern. Note that though BTC is above $8,500, the accompanying trade volumes are low and below those of May 19th.

Nonetheless, the fact that BTC is now above April peaks in a trend continuation phase after prices tumbled to the 61.8 percent Fibonacci retracement level based on the trading range of the first three weeks of May is bullish.

For solid breakout, BTC prices must close above $8,500. After that, subsequent bars should ideally print higher banding along the upper BB as buyers aim at $10,000 and later $12,000.

In light of the last 24 hours events, May 26th bull bar with 19k is the trade plan’s reference bar. Today’s bar has a long upper wick hinting of sell pressure. However, confirming bars must be buoyed with wide-ranging bull bars with volumes above 19k or 47k of May 17th.