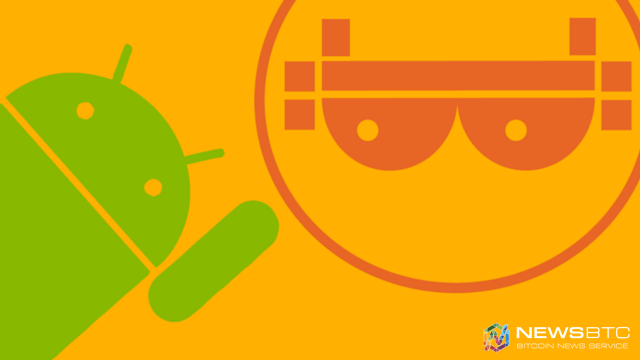 There is a lot of excitement in the world of payments these days, especially now that so many companies are focusing their attention on the mobile space. With so many consumers owning a mobile device that has Internet connection capabilities, contactless payments are evolving to this new medium. Android Pay is Google’s answer to mobile payments, and users can now get a free Chromecast when using the option. Bitcoin, on the other hand, offers proper incentives and rewards that are not tangible.

Get A Chromecast For Paying With Android Pay

In the mobile payment sector, a war is going on between manufacturers and operating system creators. Everyone wants to be the top payment method for mobile users around the world, and Google has entered the arena by releasing Android Pay to US customers. Keeping in mind how Android is the largest mobile operating system in the world, there is a large potential customer base for this feature.

But Google wouldn’t be Google without a proper marketing strategy for their new mobile payment solution. Under the Tap 10 rules and guidelines, anyone who uses Android Pay in the US and other eligible territories will be rewarded for doing so. As a reward, they can either choose the one-time free Google Music code for a track of their choice, of obtaining a Chromecast. Participants must be aged 13 or older and reside in the US to be eligible for either reward.

For those Android Pay users who want to obtain a free Chromecast, they will need to create or own a Google Payments account. This step is required to redeem the gift code Google will send out, which can then be redeemed with the purchase of a Chromecast at participating Google Stores. Keeping in mind how this device costs US$35, the offer by Google is a nice gesture, and will help them tie users into their ecosystem even further.

Giving customers a physical reward for trying out a new payment option is a smart move by Google. Unlike Apple Pay – where customers got no reward for testing out the payment method other than a potential double-charge – Android Pay could be getting a lot of attention in the US in the next months. With the offers ending on February 29th, the question then becomes how many people will keep using Android Pay once they received their rewards.

This brings us to the major problem of mobile payments: they are initially greeted with excitement, yet usage of the payment options drops off after a few months. Most consumers simply forget the option is even there in the first place, or it turns out to be more of a hassle than they bargained for. Making a good first impression is critical, but in this day and age, it is all about making a lasting impression.

Rewards can come in many different forms, and receiving a code for a free item or song is a good way to incentivize users to give Android Pay a try in the US. At the same time, Bitcoin has been providing its users with non-tangible rewards over the past seven years, which have done more good in the long run.

For the consumer and merchant, convenience and low transaction costs are of the utmost importance. Whether or not Android Pay will be able to provide this service, remains to be seen, as users will need to link a credit card to make purchases. Unfortunately for them, credit card transactions are subject to hefty fees, ranging from 1% to 3.5% per transaction.

Bitcoin transactions, on the other hand, cost far less for the retailer. In fact, all of the transaction fees are paid for by the sender, not the recipient. Plus, merchants can then convert the Bitcoin transfer to fiat currency if they desire to do so, or just keep the funds in Bitcoin and convert it a later date. Plus, Bitcoin is the only global currency in existence today, whereas mobile payments have to tread carefully regarding jurisdiction and regulation.

In the end, Android Pay will not be a major competitor for Bitcoin in its current, despite offering tangible rewards to its users. With such a limited availability right now, there is very little reason to sue Android Pay other than for US residents to get a free Chromecast. Whether or not this offer will be available to international customers in the future, remains unknown. Bitcoin’s benefits are available to everyone on this planet and make a lasting impression.

Tags: androidAndroid PaybitcoinChromecastmobile paymentsOpinionTap 10
Tweet123Share196ShareSend
Win up to $1,000,000 in One Spin at CryptoSlots