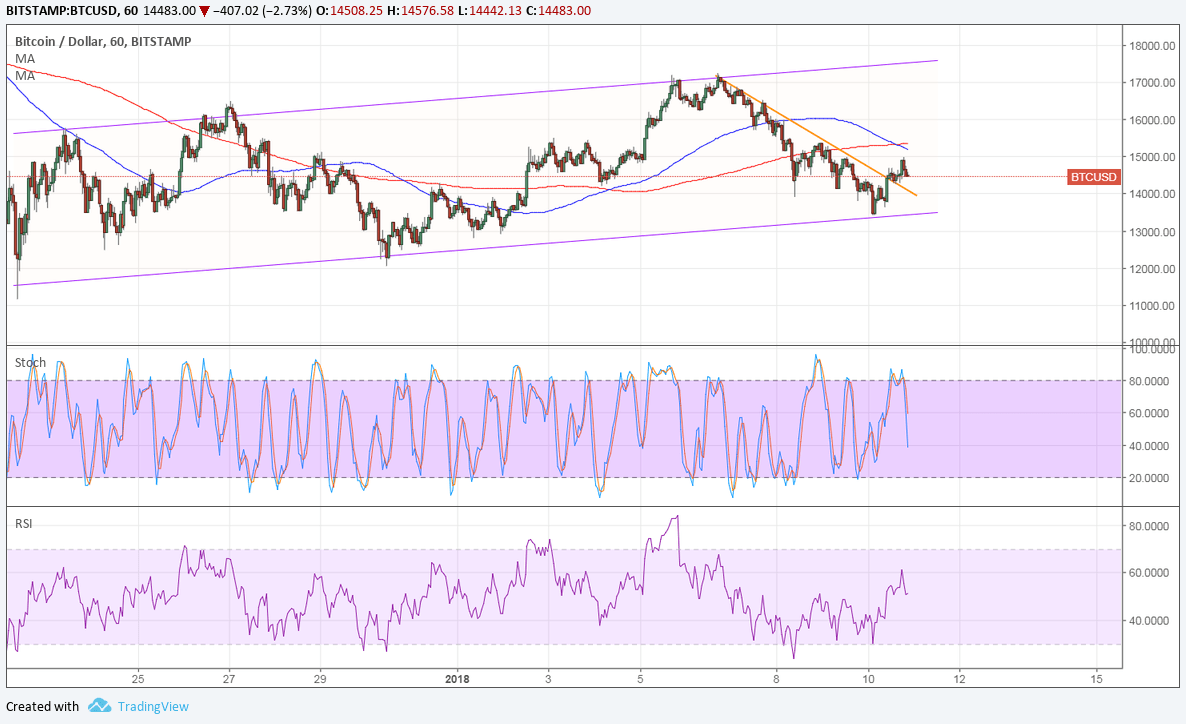 Bitcoin price looks ready to resume its climb to the channel resistance but there are indications of bearish pressure.

The 100 SMA is crossing below the longer-term 200 SMA on the 1-hour chart to signal that the path of least resistance is to the downside. In other words, sellers could regain the upper hand and lead to another test of the nearby support at $14,000.

Stochastic is also pointing down to indicate that selling pressure is present while RSI appears to be turning back south from its climb. A break below the channel support could mark the start of a longer-term selloff.

But if bulls continue to charge, the price could test the area of interest around $16,000 next then make its way up to the resistance at $17,500 or higher. Dollar demand has taken a hit after China hinted that it might trim its holdings of US Treasuries. However, it has also been reported that China ordered closing down of bitcoin mining operations as a step further in curbing cryptocurrency activity in the mainland.

Regulation is a pain in the neck for bitcoin price these days as ETF applications have been withdrawn in facing SEC scrutiny while South Korea continues to clamp down activity as well. With that, traders appear more interested in other altcoins that are cheaper and facing fewer barriers.

US PPI is due next and could provide an indication of how inflation readings might turn out, thereby influencing Fed tightening expectations. Downbeat results could mean more dollar weakness, which bitcoin price could take advantage of, while upside surprises could trigger a channel breakdown.

Keep in mind, however, that US equities have retreated lately on fresh NAFTA concerns that might keep risk aversion in play.