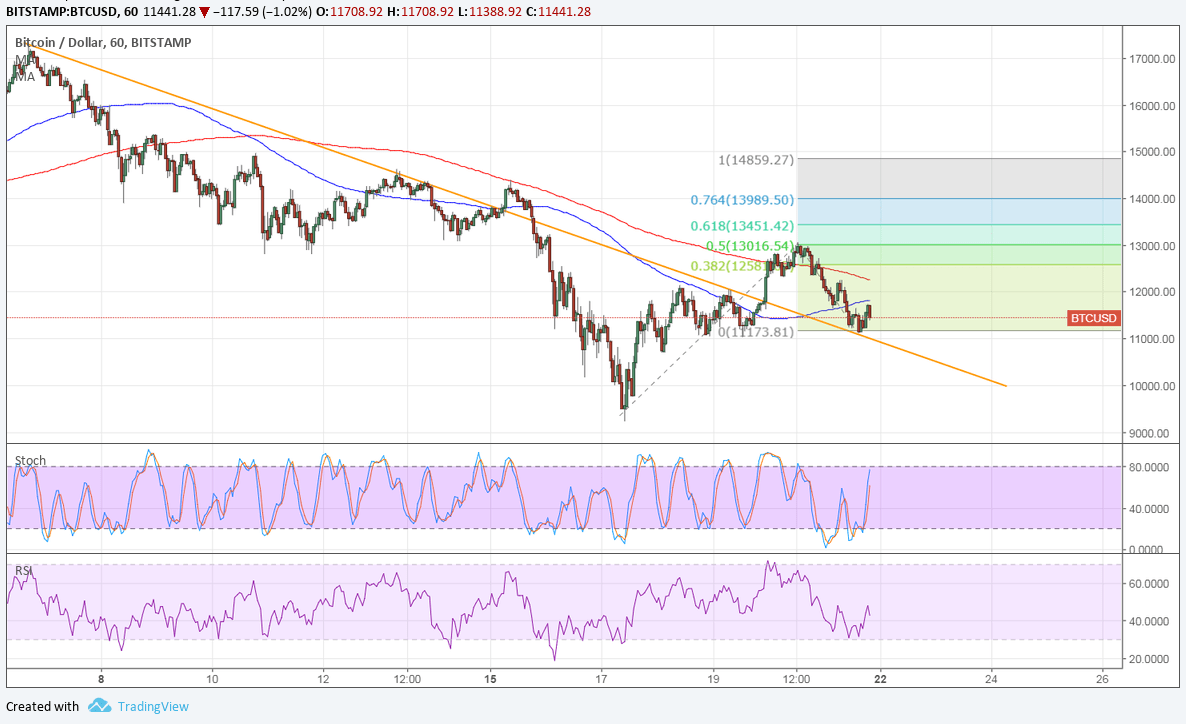 Bitcoin price could be ready for an uptrend as price is completing its retest of a broken descending trend line.

The 100 SMA is still below the longer-term 200 SMA to signal that the path of least resistance is to the downside, but an upward crossover seems imminent. Once completed, it could indicate a pickup in bullish pressure and draw more buyers back in.

Stochastic is on the  move up to indicate that buyers are present while RSI has more room to climb, so bitcoin price might follow suit. A return in bearish pressure, on the other hand, could put bitcoin price back below the trend line to resume its drop. Bitcoin price appears to have drawn a boost from more positive updates in South Korea regarding the operation of bitcoin exchanges. At the same time, dollar weakness could be in play for much longer as the US government shutdown persists.

Over the past few days, it has been confirmed that there will be no cryptocurrency ban in South Korea and that bitcoin futures might even be allowed. Keep in mind that this Asian nation accounts for majority of bitcoin activity worldwide, so the news could revive volumes in the days ahead.

In other parts of the world like China and India, there are still efforts to limit bitcoin trading.