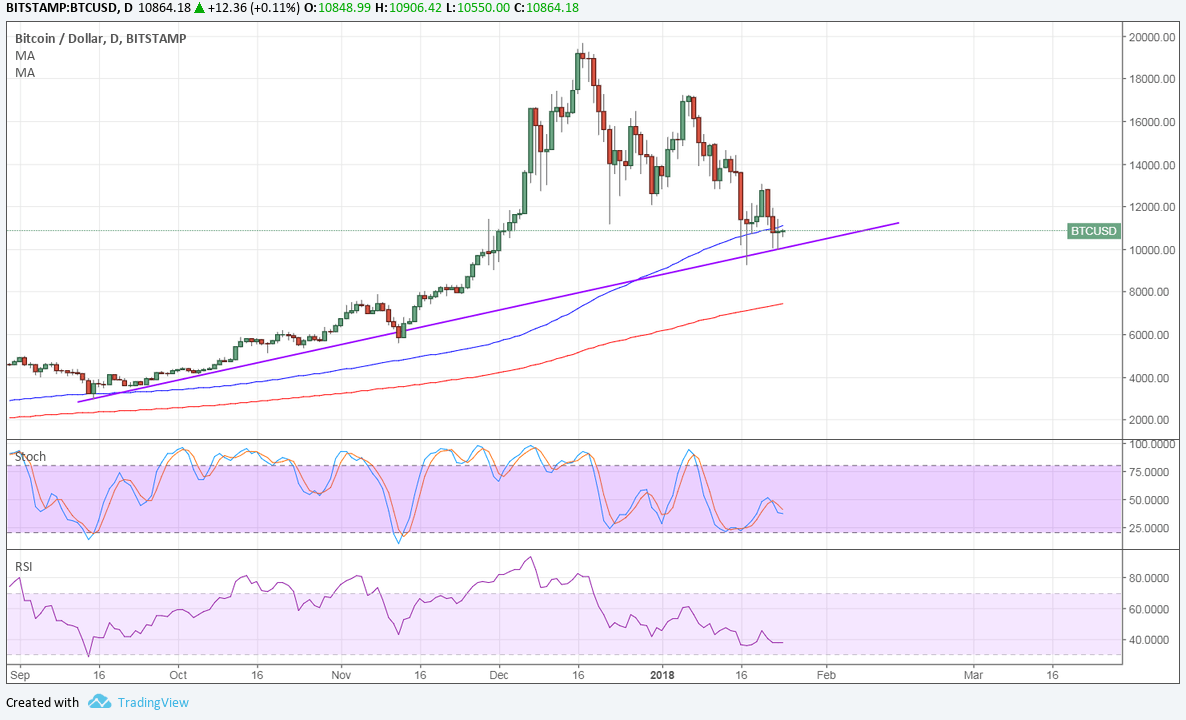 Bitcoin price is struggling to stay afloat but the reversal candlestick at the 100 SMA on the daily chart could be a bullish signal.

The 100 SMA is above the longer-term 200 SMA on this time frame, so the path of least resistance is still to the upside. This suggests that the long-term rally is more likely to resume than to reverse, and this ascending trend line could serve as support.

A doji can be seen right on the 100 SMA and near the trend line, but confirmation is needed before calling this a bullish signal. A daily candle closing above the reversal candlestick’s highs could be enough to draw more buyers back in.

Stochastic is on its way up from the oversold region to indicate that selling pressure is exhausted and buyers may be taking over. RSI still has a bit more room to fall, so a larger correction could be in play. The 200 SMA might be the line in the sand, as a break below this could lead to a steeper drop. Buyers returning to invest in the cryptocurrency at cheaper levels are seen to be one of the primary factors for the slight bounce, as there have been no major catalyst from the industry itself.

Dollar weakness might be another factor since the currency has weakened across the board despite the lack of top-tier data. Risk-taking has also been bearish for the safe-haven dollar, and its weakness may have carried on to the BTCUSD pair.

A number of bitcoin forks are still lined up in the months ahead and this also appears to be contributing to the downside pressure. It doesn’t help that crackdowns are still carrying on in China and South Korea, leading traders to liquidate positions quickly.