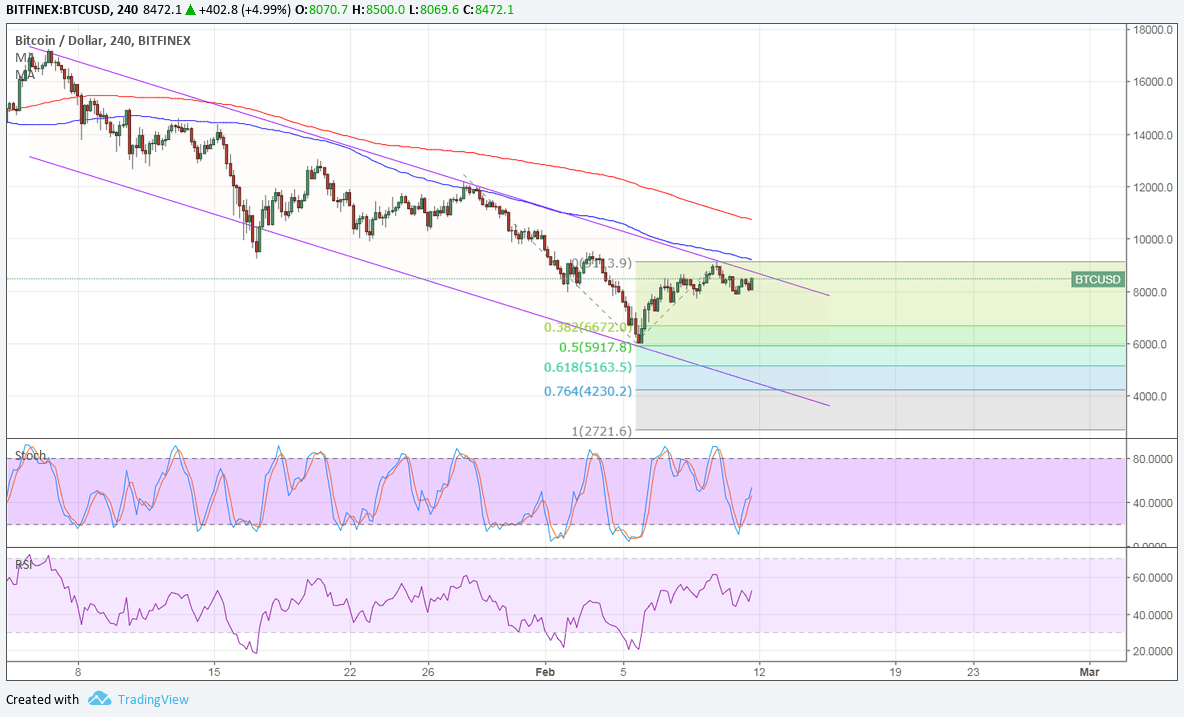 Bitcoin price is testing a crucial resistance level, as its reaction could determine whether further declines or a reversal is due.

The 100 SMA is still below the longer-term 200 SMA so the path of least resistance is to the downside. This means that the selloff is more likely to resume than to reverse. In addition, the 100 SMA lines up with the channel resistance, providing an extra upside barrier.

However, stochastic is on the move up from the oversold level to indicate that buyers are taking over. A break higher could still encounter a roadblock at the 200 SMA dynamic resistance. RSI is on the move down, though, so there may be some bearish pressure left in play. Risk appetite appeared to return to the financial markets on Friday as the US government ended a brief shutdown. Markets also gapped higher this week to erase some of the previous week losses, and it’s worth noting that bitcoin price has been tracking higher-yielding assets like equities and commodities lately.

Analysts have been split on their forecasts, with some predicting that bitcoin price has room to fall before recovering while others say that the major correction is over and that the uptrend is set to resume.

Either way, the cryptocurrency could keep taking its cue from sentiment and equity markets for the next few days as the correlation seems to be strengthening.