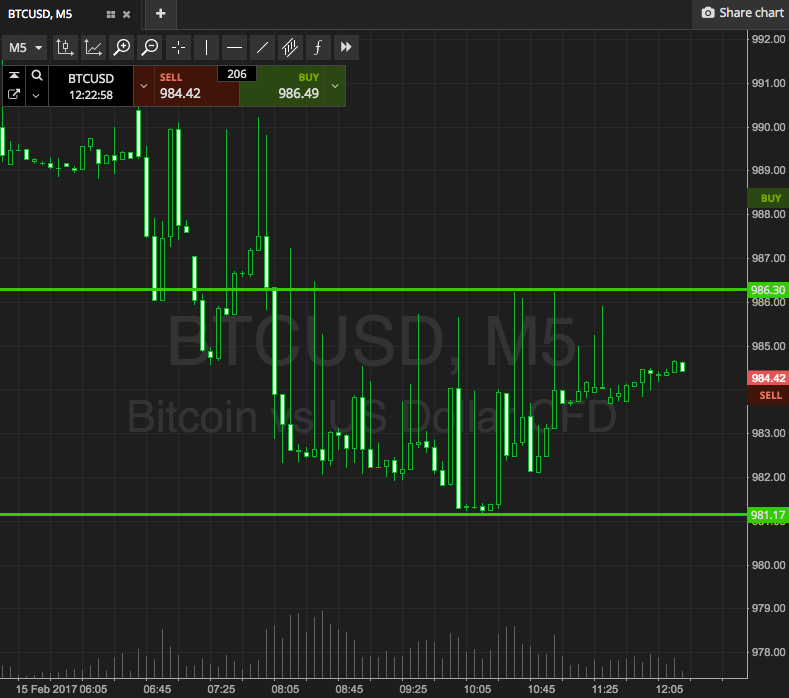 In yesterday evening’s analysis, we noted that the bitcoin price had remained relatively flat throughout the session, and that we were going into the US afternoon with relatively similar levels to those with which we entered the European morning. We also noted that we were hoping for a price boost during the night, one that would set us up against some fresh parameters for this morning’s European session. Unfortunately, things haven’t quite turned out that way. Price has remained relatively flat overnight, and – yet again – we’re entering a fresh session with remarkably similar levels as those with which we ended the last.

This isn’t necessarily a bad thing, but it doesn’t make for particularly interesting reading as part of these analyses. Anyway, chances are some people may have missed our previous coverage, so for them, this will be a fresh setup.

So, with this in mind, and as we move forward into today’s session, here is a look at what we’re focusing on, and where we intend to get in and out of the markets according to our intraday strategy. As ever, take a quick look at the chart below before we get going.

As the chart shows, our range for this morning’s session is defined by support to the downside at 981 and resistance to the upside at 986. This is a far tighter range than we normally use, so intrarange is out of the question today. If we see price break through resistance, we will look for a close above this level to validate 1000 as an upside target. Conversely, a close below support will signal short towards 970. Stop losses on both positions just the other side of the entry will ensure we are taken out the trades in the event of a bias reversal.