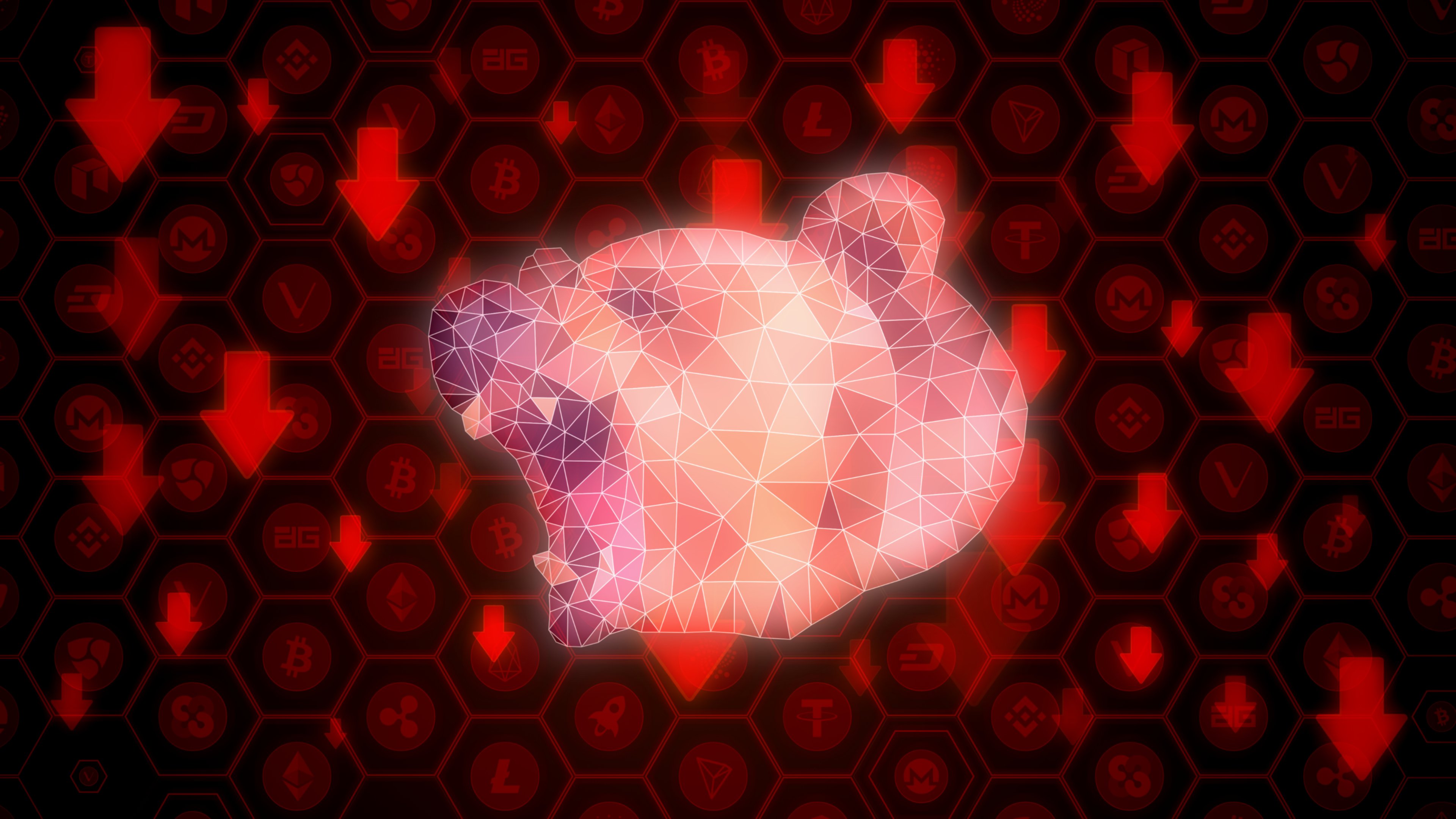 Bitcoin’s early April 2019 rally through resistance at $4,200 halted the ongoing altcoin season in its tracks, and following the latest upward move in Bitcoin price charts the value of altcoins both relative to BTC and USD have began to plummet – with some setting new bear market lows.

In the aftermath of yesterday’s further Bitcoin rally to $5,650, BTC dominance broke out of resistance, causing additional bleeding in the altcoin market. As the decline continues, a leading altcoin analyst believes that capitulation in altcoins has only just begun, while another analyst predicts just how far BTC dominance will rise during the altcoin reckoning.

The overall altcoin market has taken a massive hit in the last 24 hours, with most of the top ten experiencing 8% or more losses on the day.

EOS was the worst performer of the crypto top ten, dumping as much as 9.65% of its USD value, while Ripple, which has performed very poorly during the short-lived alt season, dropped another 7.5% to 30 cents per XRP.

Litecoin, which helped lead the initial altcoin rally and sparked what many were calling an alt season, has fallen 7.88% to $72.32 and is down over $20 from its local high of $94.

Even Binance Coin that’s shown resilience in the face of most bearish selloffs since the bottom was in back in December, took a significant hit.

Crypto analyst Luke Martin has shared a chart that visualizes when the inverse correlation between BTC and alts began. As demonstrated in the chart, altcoins had been closely following Bitcoin alongside it for each peak and trough, up until the Bitcoin’s break of $4,200.

Generally speaking most alts had positive corr with Bitcoin's moves for the past 5-6 months.

*cc of $ETH, $LOOM, and $VET used as an example* pic.twitter.com/vCYu7bw4jF

At that time, Bitcoin dominance broke up, potentially suggesting that the Bitcoin rally was fueled by alt season profit taking. Another analyst, who goes by the name BenjaminBlunts claims that BTC dominance breaking up “does not bode well for alts,” which has already been shown clearly in the recent bearish price action in the altcoin space.

closed off all altcoin positions, was fun while it lasted.

BTC dominance now breaking up does not bode well for alts pic.twitter.com/GR4LI6xhDG

The trader also shared a chart that calls for a BTC dominance target of 64%, up 10% from yesterday’s 54% dominance. What’s not clear, though, is if dominance will rise due to altcoins bleeding further, or due to Bitcoin further rallying.

Another analyst, DonAlt, however, thinks it’s the former, and warns that “capitulation” may just be beginning. He called the messages he received from his followers asking if they should liquidate their altcoin holdings “heartbreaking.”

It's heartbreaking to get all these "Should I sell my alts now" messages.
The beginning of capitulation is usually a bad place to sell anything.
The end of it is even worse.

If you sell now you probably won't rebuy the bottom.
If you don't you'll probably capitulate the bottom.

For those that bought during the peak of the bull run back in December 2017, seeing the first glimpse of altcoin bags showing signs of life once again, only to see them fall to new lows, is nothing short of heartbreaking for crypto investors.