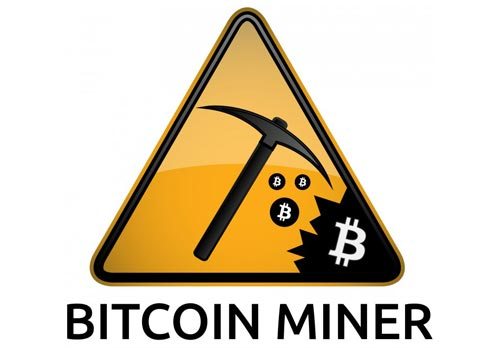 As if the Bitcoin community was not sick and tired of the ongoing block size debate just yet, it looks like the Chinese miners have come to a consensus of their own. The plan is to reject any forking of Bitcoin that does not gain 90% consensus or more while still favoring a 2 MB block size increase. During a recent meeting between mining pool operators, various security concerns associated with Segregated Witness were raised. It looks like Bitcoin Classic is winning this “race”.

The dabbling about the Bitcoin block size debate has gone on for far too long, and the Chinese mining pool operators seem to agree with that sentiment. As more time progresses without a clear decision and plan for the future of Bitcoin, the popular digital currency is looking some of its legitimacy that took years to build up.

January 23rd was the date on which representations from nearly all Chinese Bitcoin mining pools came together and exchanged their thoughts. In the end, it comes down to two simple requirements: the block size must be increased to 2 MB, and the solution – or fork – needs to gain support equal to at least 90% of Bitcoin’s mining capacity.

Both Bitcoin Core and Bitcoin Classic have different proposals on the table to achieve the 2MB block size increase, and both options have their own merits. Getting to a consensus of 90% or more could be a struggle for either solution, though, as the mining camp seems to be divided on that front. However, it seems like the decision has already been made – albeit not officially – but more on that in a bit.

Regardless of how people want to look at the current Bitcoin block size debate, it has become clear this is more of a political issue, rather than a technical concern. The community cannot come to a consensus, as the camps are quite divided around the world. By enforcing a 90% of mining capacity consensus – or better – the Chinese mining pool operators have taken a step that will prevent the creation of a fractured Bitcoin ecosystem in the future.

As one would come to expect, reaching that 90% consensus will be a different hurdle to overcome in due time. Despite a general agreement on increasing the block size to 2MB, there are still a fair few people who feel the current 1MB blocks are more than sufficient to handle the transaction volume. Sometimes, it is better to take preventive action than fixing an issue when it arises.

Setting these goals was not the only objective of this Chinese mining pool operators meeting. The topic of Bitcoin Core was discussed at length, and more particularly, the Segregated Witness solution. Even though this solution would allow developers to soft fork Bitcoin -which holds less risk than hard forking – some security concerns need to be addressed.

First of all, there is the issue of how Segregated Witness would result in an effective “usable” block size of 1.6MB, rather than 2MB. The remainder of this data will be used to store the “all-in-one signature transaction”, which can amount to 0.4MB. But that is not all, as the effective block size could be reduced to 1.3MB if 50% or more of transactions use Segregated Witness over the next 12 months. Needless to say, this is not the solution people are looking for, and will only keep the block size as close to the current 1MB size as possible.

Secondly, there is a lot of risk associated with implementing Segregated Witness, although it is of a different nature than worrying about people upgrading their clients in time. At its core – no pun intended – Segregated Witness requires various changes to be made to essential Bitcoin Core components. With the developers already catching up on a massive development backlog, there is too much risk involved in delivering a rushed solution.

Despite Bitcoin being around for over seven years now, the popular digital currency has a bit of a colored past when it comes to development. Back in 2010, a massive ValueOverflow bug lead to the generation of billions of bitcoins in one block. As a result, the price went down by quite a margin, and a repeat of that scenario needs to be avoided at all costs.

For now, the Chinese mining pools seem to be rejecting the Segregated Witness proposal in its current immature form. If Bitcoin Core developers can come up with a more streamlined and refined version of this concept, things might change. If that is not the case, it appears as if all of these Chinese mining pools will support Bitcoin Classic.