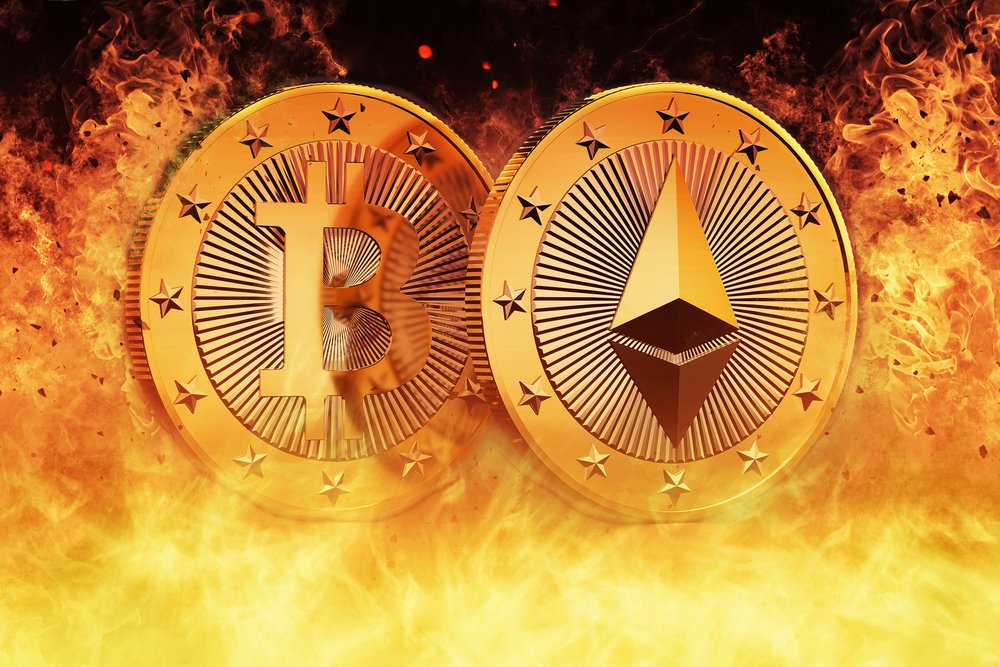 Investors in the cryptocurrency market consider bitcoin as a benchmark. The world’s leading decentralized asset by market capitalization visibly determines the state of the overall crypto economy. Its price movement prompts other 1,599 active assets – called alternative cryptocurrencies (or altcoins) – to pursue in the same or an extremely opposite direction, showing extreme dependability.

But according to Chris Burniske, who is partners with New York-based venture capitalist firm Placeholder, one cryptocurrency could divorce the bitcoin’s influence in a longer run.

“Ethereum,” Burniske said, “is currently the only asset with an independent and large enough community to break off from Bitcoin setting the pace.“

He added that the change would not come overnight. Recognizing that bitcoin will remain a unit of analysis and liquidity provider in the space, Burniske said altcoins like Ethereum would detach depending upon their integration into broader, global macro adoption and economics of use at scale.

“As of now ETH/BTC continues to play a lead role,” he recognized.

1/ Other cryptoassets go up and down relative to #bitcoin— but if $BTC doesn’t go up in USD terms, nothing does (for the foreseeable future).

Ethereum against Other Altcoins

Burniske’s comments closely followed a report from the San Francisco Open Exchange, which stated that Ethereum is becoming an asset with its own distinctive economy. The report further argued that Ethereum is no longer an altcoin since its correlation with bitcoin is now the strongest and highest among all, as represented in the July chart below.

“While many sources have noted the increase in Bitcoin’s market dominance, few have observed the fact that BTC’s current correlation with ether (ETH) is markedly higher than its relationships with other altcoins, and has been so throughout July,” SFOX wrote.

“This may support the idea that Ethereum is coming into its own as a blockchain that is publicly recognized as an asset on its own terms, much like Bitcoin. If this trend continues, it may become inappropriate to categorize Ethereum as an “altcoin” on a par with other crypto-assets that are not Bitcoin.”

Largest Blockchain, Highest Number of Projects, and Whatnot

Like the S&P 500 Index, a benchmark to determine the health of the US economy, Ethereum holds promises to become the same owing to its wide-market breadth, with its blockchain encompassing 1,600 decentralized applications, and powering 94 out of the top 100 altcoins (by market cap).

Crypto Asset Management Firm Electric Capital found that Ethereum is also rich in terms of the number of active developers – almost twice that of bitcoin. Excerpts from their report

“Ethereum has the biggest developer team in crypto. On average, 216 developers contribute code every month to Ethereum’s repos. This is undercounting the number of Ethereum developers since we do not include ecosystem projects like Truffle.”

There are, meanwhile, experts that believe Ethereum is an overhyped bubble. Popular Twitterati WhalePanda, for instance, thinks people bought Ethereum only to buy tokens during the notorious ICO mania of 2017.

Bitcoiners are negative about Ethereum for the following reasons:
1. Monetary policy is 3 guys on a conference call which is a joke. Predictable monetary policy is essential.
2. DAO bailout, losing immunity makes ETH a joke.
3. Shady ICO enriching founders goes against BTC ethics

As of 11:35 UTC, the market capitalization of Etherum was circa $22.88 billion, falling behind Bitcoin, whose valuation at the same time was approx $177.85 billion.

Tags: bitcoinethereum
Tweet123Share196ShareSend
Win up to $1,000,000 in One Spin at CryptoSlots