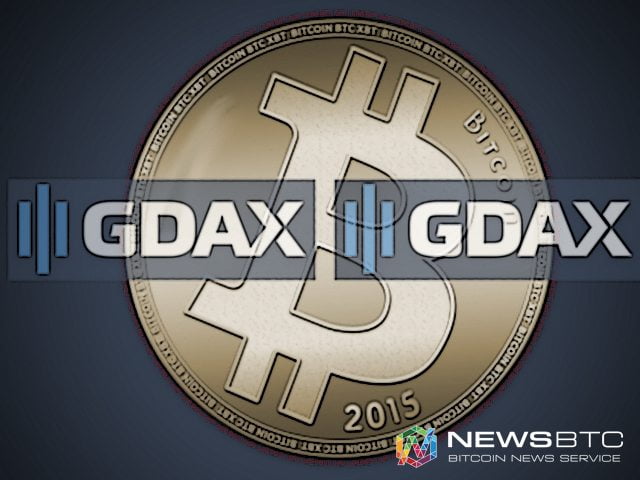 The Coinbase exchange platform will be going through several changes over the coming months, as they will rebrand to GDAX and add two new cryptocurrencies. Ethereum support has already been confirmed, and it seems very likely Litecoin will be added as well. But what does this mean for Bitcoin?

Is GDAX Pivoting Away From Bitcoin?

That seems to be the primary question on everybody’s mind. Brian Armstrong, the GDAX CEO, has made some interesting remarks about Bitcoin in the past, which may cause some people to question his loyalty to the cryptocurrency which put his company on the map. While everybody is entitled to their opinion, one would not expect certain remarks from a Bitcoin company CEO.

In March of this year, Armstrong went as far as calling the Bitcoin Core developers “the biggest systemic risk” this cryptocurrency has faced to date. This particular remark was made after the GDAX CEO attended the Satoshi Roundtable meeting at the end of February, which did not present an immediate solution to the ongoing Bitcoin block size debate.

Brian Armstrong wrote the following in a blog post:

“The conversations initially focused on various compromises to kick the can down the road on scalability. But as the conversations went on, I became less and less concerned about what short term solution we pick because I realized we all had a much bigger problem:the systemic risk to bitcoin if Bitcoin Core was the only team working on bitcoin.”

But that was not the only gripe the GDAX CEO has with the Bitcoin Core developers, as he strongly felt it was their fault and their fault alone we have gotten to this point in time. He even predicted a potential negative spiral as far as the Bitcoin price is concerned, unless a proper solution was found quickly.

“The fact that bitcoin core has allowed the network to reach this point is incredibly negligent, and I think says a lot about their motivations and competency as a team. There is no reason to roll the dice and see if this failure scenario comes to fruition.”

While these comments have not sparked any significant debate over the past five to six weeks, they are popping up once again now that GDAX will add support for Ethereum. A lot of Bitcoin enthusiasts feel Armstrong is turning his back on Bitcoin in doing so, although the support for Ethereum makes sense from a business point of view.

Additionally, there are growing rumors regarding GDAX adding support for Litecoin as well. While it makes sense to do so if platform users demand it, Litecoin has not seen any significant changes over the past few years. Die-hard enthusiasts are still using the cryptocurrency to pay for goods and services, though.

In the end, a lot of people seem to question Armstrong’s decision. The rebranding to GDAX seems to shy away from the term “Bitcoin”, and the support for two cryptocurrencies that are completely different is a cause for debate. At the same time, it appears as if Armstrong just wants his company to succeed, and that means it is impossible to please everybody at the same time.

Tags: bitcoinBitcoin Corebrian armstrongcoinbaseethereumexchangeGDAXLitecoinlitecoinNewsOpinion
Tweet123Share196ShareSend
BitStarz Player Lands $2,459,124 Record Win! Could you be next big winner? Win up to $1,000,000 in One Spin at CryptoSlots