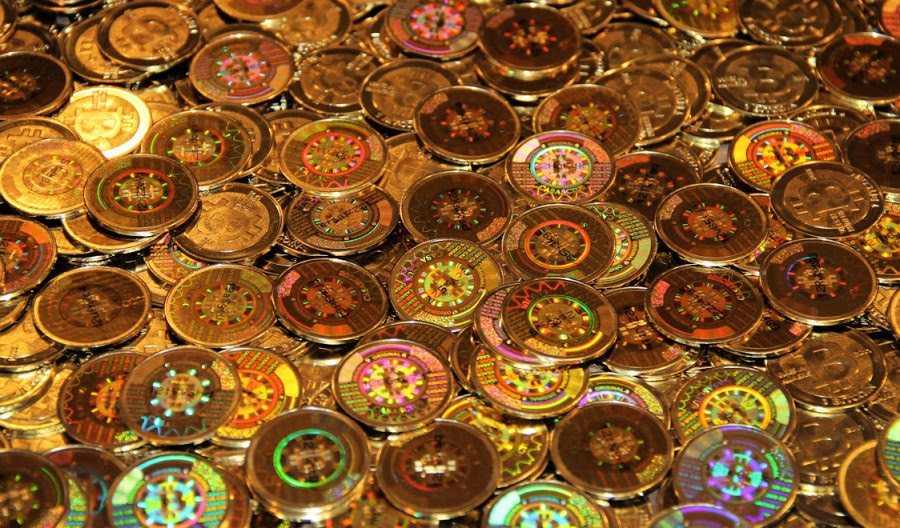 Bitcoin had a great 2016, becoming the world’s top performing currency. However, 2017 so far has been a rollercoaster ride – 20% up, then 35% down, then bouncing back. So what does this year hold? Will Bitcoin go through the roof, or hit the floor?

One factor that’s going to help Bitcoin is the fact that government paper looks ever more shaky. Demonetisation in India and Venezuela told people their bank notes were effectively worthless – making Bitcoin, which doesn’t depend on any individual government, look a better bet. Higher inflation could also lead to more people looking at Bitcoin as an alternative, and more businesses taking Bitcoin as a payment method. There are forecasts that Japan will see as many as 20,000 merchants accepting Bitcoin as payment by the end of the year; even a traditional British pub, the White Lion in Norwich, is taking it. That’s all good for the Bitcoin ecosystem.

Even traditional banks might become involved in Bitcoin. A former Barclays CEO, Antony Jenkins, has now joined the board of Bitcoin wallet provider Blockchain, so at least one mainstream banker ‘gets it’.

Bitcoin seems to do well when there’s a lot of macroeconomic and political uncertainty. If all your savings are in dollars, and Trumponomics ends up sending the dollar through the floor, you’re going to feel the pinch, unless you’ve been trading currencies at CMC Markets or have plenty of foreign investments in your portfolio. Look at the other possibility – Trump’s fiscal policies lead to higher inflation, the dollar soars; that still works in Bitcoin’s favour as investors all over Europe and Asia will be looking for a secure investment while their currencies plunge. Basically, currency volatility is good news for Bitcoin.

Another factor that could help Bitcoin is a feeling that equity markets are looking overstretched. A sector rotation towards value stocks shows that professional investors are now avoiding stocks trading on high multiples, and any reverse in the economic figures could set off a flash crash. There’s some evidence that nervous investors are looking at Bitcoin as an alternative investment, and that could push the price higher.

Bitcoin could actually become “the new gold” – the one asset that’s inversely correlated to the markets. In other words, it’s the way you hedge your bets – when everything else looks gloomy, it’s the asset you tuck away to see you through the worst. Will money managers begin to advise their clients to look seriously at Bitcoin? The smart ones are probably doing so already, although they may be doing so informally rather than as a structured part of the portfolio.

The only thing that could derail Bitcoin is government intervention. Governments are already making war on cash – could they close Bitcoin down? It seems more likely that they’ll reach some kind of co-existence with the currency, regulating trading, perhaps, but not outlawing it. In any case, government attempts to censor and filter the Internet have generally not been successful, so there’s no reason to think they’ll have the technology to be able to close Bitcoin down completely.

In fact, experts suggest some central banks may want to test their own digital fiat currencies – in other words trying to beat Bitcoin at its own game. That can only give digital currencies more credibility.

The elephant in the room, though, is the simple fact that when Bitcoin started, a minority of us had access to it. Now it seems pretty much everyone, even in developing countries, has a mobile, and most mobiles are fairly smart. Mobile payment applications are making great strides, particularly in places like Africa where existing financial infrastructure is poor. Couple increased smartphone penetration with the functionality and robustness of blockchain technology, and you have exactly the environment needed to make Bitcoin really take off.

So where could Bitcoin end up in terms of price? At the moment it’s trading at around $970, but most followers of the currency expect it to get to at least $1,500 this year, well above the previous high of $1,150 that it hit in 2013 before the Mt Gox collapse pushed the market into reverse. Some forecasts are even higher, with one brave analyst suggesting Bitcoin could hit $3,000.

Tags: bitcoinBitcoin newsBitcoin NewsCollege cryptocurrency network
Tweet123Share196ShareSend
Win up to $1,000,000 in One Spin at CryptoSlots