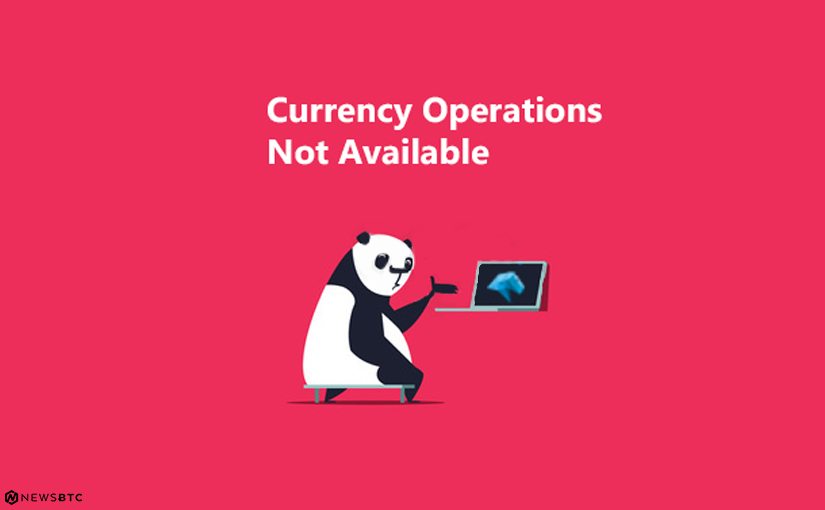 Most cryptocurrency users are concerned over the USDT issue. With so many new tokens in circulation and no independent audit, things have become very dubious. TO make matters worse, it now seems HitBTC users can no longer move USDT either. Withdrawing is impossible and trading with this “altcoin” is very spotty. This is not a good development by any means. Moreover, the exchange’s support team seemingly has no explanation for this development either.

There have been quite a few oddities with Tether in recent months. Their issuance of USDT tokens has been documented multiple times. It seems new tokens are brought into circulation every time the Bitcoin price takes a big hit. This may still be a big coincidence, but few people seemingly believe that. It is evident things aren’t adding up and speculation will run wild until we see official clarification regarding this matter.

More USDT Woes to Deal With

To make things worse, it seems HitBTC users can no longer use or withdraw USDT. That is a rather worrisome development, even though it is one of the smaller exchanges. People have reported issues with this site for a few days now, most of which seems to be related to USDT trading. It is uncanny how this “asset” can effectively cause so many problems in quick succession. How all of these issues will be resolved, remains to be seen.

Adding to the list of oddities are the growing number of unconfirmed transactions from one of Tether’s wallets. More specifically, Omnichest shows several dozen unconfirmed outgoing transactions. Unlike previous transactions, these are not for big amounts per se. Some transactions are as small as 600 USDT.  Nor are they labeled as “Grant Tokens” either. Something isn’t adding up in this regard, that much is rather evident. How this will affect HitBTC and possibly other exchanges moving forward, remains to be seen.

For now, it remains unclear if this is a Tether or HitBTC issue. We do know the Omni developers added a feature for centralized issuers to freeze specific wallets. It is highly doubtful Tether would do something like that for HitBTC, though. At the same time, one can’t deny the possibility exists, even though it would serve no real purpose. A lot of frustrating things are going on with HitBTC and USDT, that much is evident. The “currency operations not available” error is certainly worrisome.