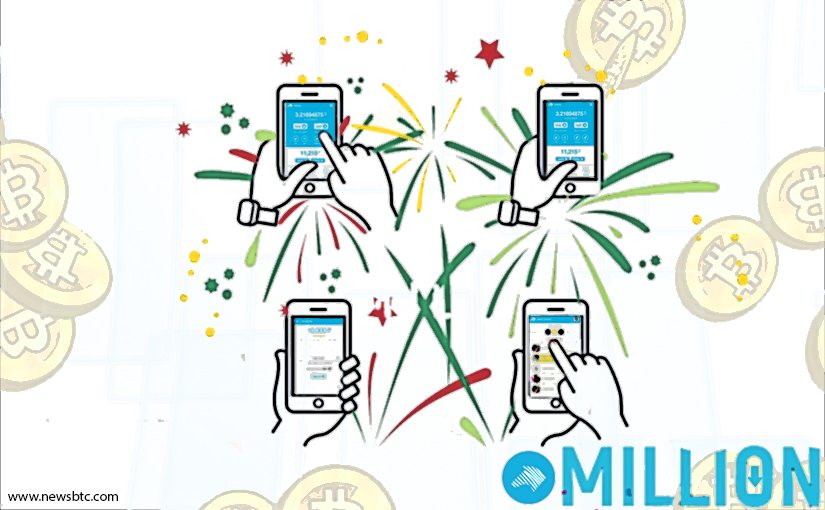 According to their Twitter account, Indian wallet and exchange application Zebpay hit an impressive milestone of one million downloads last month. They also estimate an influx of 500,000 new users per month in 2018.

Zebpay was launched in 2015 by trio of entrepreneurs, Mahin Gupta, Sandeep Goenka, and Saurabh Agrawal. They registered their company in Singapore on the recommendation of Nishith Desai Associates. This decision was made to protect against a potential clampdown of the Indian Bitcoin community since the space is still unregulated in the nation.

Whilst the early days were tough for the company, the recent surge in demand for Bitcoin has seen them add 200,000 users per month. Around 2016, they noticed traffic really increasing. Often the heightened interest in the digital currency coincided with global insecurity or crises. Events like the Trump election result, Brexit, and domestic demonetisation last year fuelled demand. They expect the figure of new registrations to increase to half a million in 2018 following their integration with other cryptocurrencies like Ether, Ripple, and Litecoin.

The three founders saw that the largest problem with Bitcoin was the fact that it was difficult for the average, non-technical person to get to grips with the buying and storing of digital currency. Being as India has a rapidly expanding mobile phone user base, yet only a small percentage of the population has access to a computer, it made sense to direct their business towards the mobile market. India enjoys some of the lowest network tariffs on the planet and if the recently reported figures are anything to go by, the decision to target mobile users is starting to pay off.  Saurabh Agrawal, CEO of Zeb Ventures commented to Forbes of India:

We worked hard to understand and solve the pain point of understanding bitcoins. We made a key decision that mobile phones are huge in India and internet penetration is big through phones. So we decided on an app-only presence in India.

The application-only service differed from the other major Indian exchanges in that there would be no website. The aim with Zebpay was to provide a one-stop shop for users to buy, store, and even spend their Bitcoins using just their mobile phone. The founders’ overriding goal has always been one of simplicity for the end users.

The company has helped to drive the massive growth in Bitcoin usage in India since they initially impressed angel investors at a Las Vegas startup pitch competition in September 2014. However, with the space remaining unregulated for now, the effect the eventual legislation will have on Zebpay is currently unknown. According to news source Factor Daily, the Indian central bank are working on regulating the cryptocurrency space within the country. The publication are not expecting the all-out bans that the likes of Bolivia and Ecuador have introduced but rather a taxed, legal industry. In their interview with Forbes of India, however, the Zebpay founders seem unconcerned about any domestic legal developments in cryptocurrency.

Get 110 USDT Futures Bonus for FREE!
Tags: altcoinbitcoinBitcoin IndiaBitcoin NewsindiaLitecoinMobile exchangemobile walletregulationzebpay
TweetShare
BitStarz Player Lands $2,459,124 Record Win! Could you be next big winner? Win up to $1,000,000 in One Spin at CryptoSlots