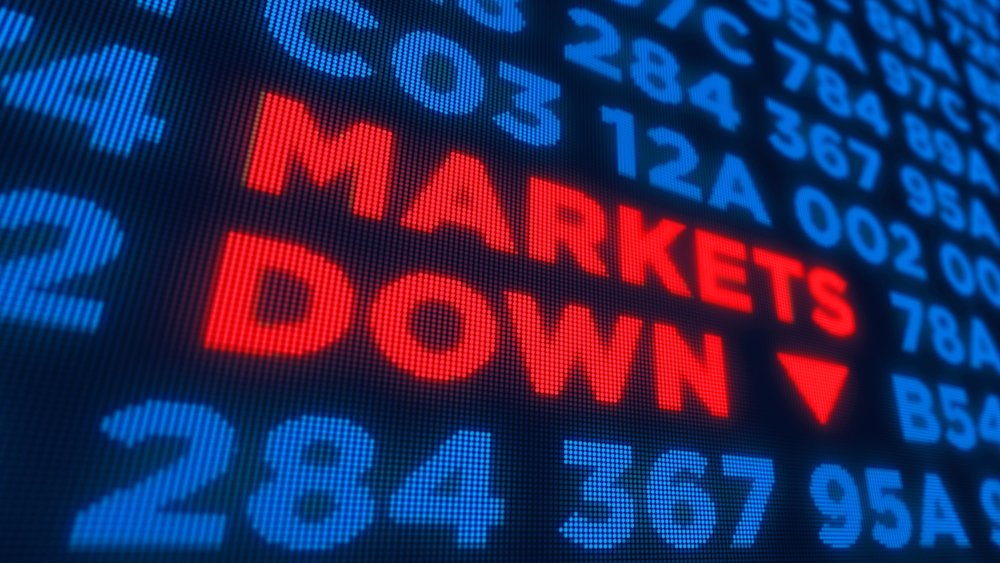 Industry Exec: Bitcoin To Be The “Escape Hatch” In Impending Global Recession

In the eyes of many across the globe, including anti-establishment figures, credited and established economists, and consumers, the macroeconomy could be on the verge of collapse. In fact, in a recent Bloomberg op-ed, Narayana Kocherlakota, the former president of the Federal Reserve’s Minneapolis arm, advised his old employer to prepare for a crisis. But Bitcoin may be a way out — “an escape hatch,” as put by ShapeShift chief executive and crypto entrepreneur Erik Voorhees.

There has never been a global recession since Bitcoin was created. Next time it happens, there is an escape hatch. https://t.co/XmwcCcuSU9

The Case For A Recession

While the economy seems to be doing better than ever, certain fiscal and economic indicators aren’t looking all too hot. For instance, the U.S. Treasury bond yield curve recently saw a negative spread between the three and ten-year notes, which is a sign that has historically predicted recessions (1970s’ oil crisis, Dotcom, Great Recession).

Debt across the board, especially sovereign debt, is surmounting all-time highs on a daily basis. In fact, since 2008’s fiscal debacle, the nominal value of all forms of debt has increased by dozens of trillions of dollars, as central banks across the globe bolster their balance sheets, firms borrow more to promote their growth, and consumers spend more than ever, all while lenders are seemingly becoming more lenient with each passing day.

According to Trace Mayer, a long-time Bitcoiner and a zealous anti-centralization thinker, society has accumulated $87 trillion more debt as humanity’s relentless lust for growth continues, accentuating that governments and society at large haven’t learned from past mistakes.

The U.S. alone has seen its national debt breach $22 trillion mere weeks ago, up from ~$8 trillion when the recent Recession peaked. In response to this swelling statistic, the Peterson Foundation, an American financial services group that is focused on amending the nation’s economic issues, claimed that the fiscal situation is “not only unsustainable but accelerating.” As Ikigai head Travis Kling recently explained:

“The increasingly erratic U.S. president is yelling at an irresponsible central bank to act even more irresponsibly with its monetary policy, while running a $1 trillion deficit for the second year in a row.”

The economy’s outlook is so harrowing that Ray Dalio, the co-founder of the world’s largest hedge fund, Bridgewater Associates, recently drew eerie parallels between today and the Great Depression. In a comment made at Davos, the world-renowned investor, who has become a market pessimist as of late, explained that from 1929 to 1932, there was a lot of “printing of money, and purchases of financial assets,” much like today.

Even BitMEX’s research division has chimed in on the matter of the case for a recession. As reported by NewsBTC previously, the team of researchers and analysts noted that the current financial system is currently unstable and fragile, backing their claim by drawing attention to the dichotomy between the overall lack of volatility and sudden spikes in the VIX. They noted that this instability has only been underscored by low-interest rates and a tumultuous political climate (think Brexit, Trump/China, and the Yellow Vests), making it all the more likely that a crisis is brewing under the surface.

Why Bitcoin Is The Answer

So what’s a way to opt-out of a crisis?

According to many pundits, that’s Bitcoin, as the asset isn’t centrally controlled, has a deflationary supply issuance schedule, and is a non-correlated asset that exists independently of any traditional system, save for the Internet. As Kling, a Wall Streeter turned anti-establishment thinker, explains, the cryptocurrency’s value proposition as a non-sovereign, hard-capped supply, global, immutable, decentralized, digital money could be just what modern consumers are looking for in a market rife with uncertainty — a way out of this ongoing fiscal experiment that many argue benefits the wealthy before the underprivileged. The Ikigai C-suite head adds that “central banks and governments are proving the profound need” for such a digital asset, not discrediting it.

In other words, if any government takes on heavy debt and defaults, Bitcoin benefits. If hyperinflation makes U.S. dollars nothing more than glorified toilet paper, Bitcoin benefits — you get the point.

With the U.S.’ interest expenses on track to surpass the tax receipts themselves by 2022, meaning that America will be paying more in interest on its debt than the tax it receives, creating a negative, likely never-ending feedback loop, only one option will be left: print, print, print the debt away. And by then, Bitcoin would have likely won.

Tags: bitcoincryptomarket
Tweet123Share279ShareSend
Win up to $1,000,000 in One Spin at CryptoSlots