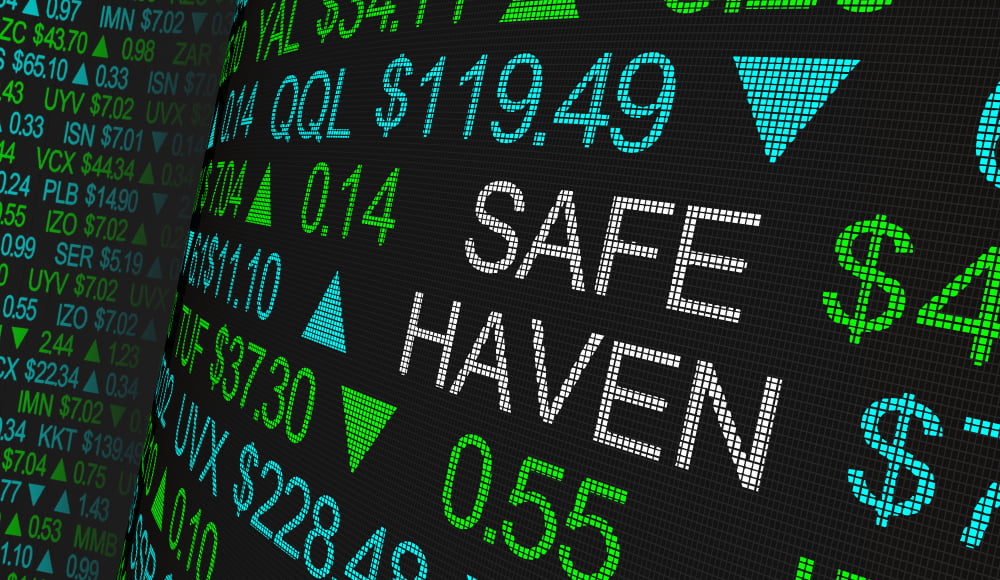 Investment Analyst: “Bitcoin has Become the Standard of All Crypto” and a “Convenient Safe-Haven”

According to the co-founder of DataTrek Research, current global instability is making Bitcoin a popular choice of safe-haven asset. Nicolas Colas believes that the leading crypto asset’s price swings can be used as an indicator for other markets and global events.

He also argues that Bitcoin’s relative immaturity compared with traditional asset classes will mean that the volatility that has become synonymous with crypto assets looks set to continue.

Cole: Bitcoin’s Rising Dominance  Makes it the “Standard of All Crypto”

Appearing in a CNBC interview earlier today, the co-founder of financial research and analysis firm DataTrek Research states that Bitcoin is serving as a convenient vehicle for capital flight out of turbulent economies.

Nicolas Cole argues that the current global economic picture is starting to resemble that of 2008-09 when Bitcoin was created. It was born in “turmoil”, he reasons.

The researcher goes on to comment on the global nature of the crypto asset and that its convenience may make it a more attractive safe-haven than other options.

Turning his attention to rising Bitcoin dominance versus the rest of the crypto market, Cole states:

“Over the last year or year-and-a-half Bitcoin has become the standard of all crypto.”

The leading digital asset has steadily been climbing in relation to other cryptocurrencies since it reached a market dominance low in 2018. From just one-third of the total market at the start of last year, Bitcoin now represents 67 percent of the all crypto coins’ market capitalisation combined.

Cole speculates as to why this might be the case:

“A lot of scammy coins have died and Bitcoin has been left standing.”

In response to a question about whether Bitcoin and other crypto assets could be used as an indicator for shifts in other markets, the research specialist replied:

“We are definitely seeing that and it really perked up around the Hong Kong protests and some of the currency flights that happened out of Hong Kong and the mainland.”

Cole claims that Bitcoin was one of the few assets that “predicted that ahead of time”:

“Nothing else was really moving but Bitcoin was.”

He also states that similar crashes to that which shocks many newcomers to the industry in early 2018 definitely will happen again and that there is no way to avoid them. The relative immaturity of the market versus other asset classes makes it unreasonable to expect the price to behave in any other way at this point:

“It’s important to understand in all cryptocurrencies… they are always going to be very volatile. It’s still a very young technology, a very young safe-haven. It’s not going to be as stable as gold or bonds.”

Tags: bitcoincryptocurrencysafe haven
Tweet123Share242ShareSend
Win up to $1,000,000 in One Spin at CryptoSlots