January 14th Will be Known as “Bitcoin Cash Change the Address” 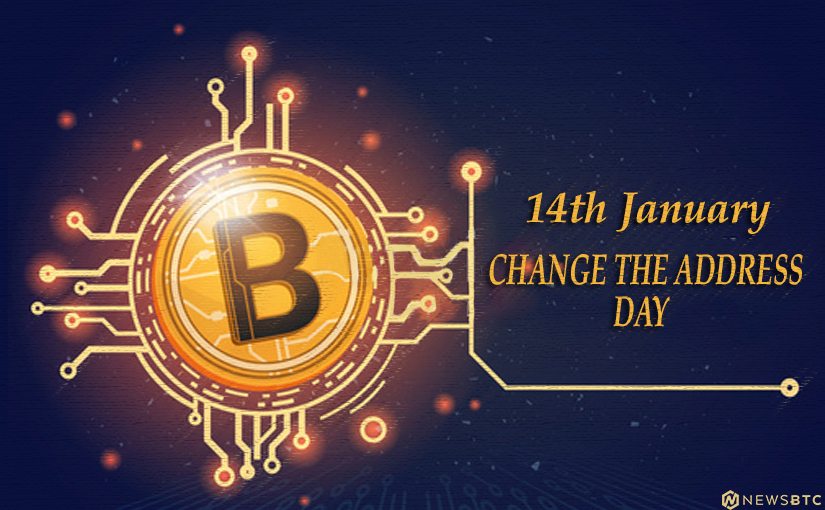 Interesting changes are coming to the Bitcoin Cash ecosystem in a few days. A new CashAddr format will be introduced. This base32 address change is optional, but a major development regardless. Giving all BCH users an option to create truly uniquely formatted address is a big step forward. Some users now propose January 14th should be known as Bitcoin Cash Change The Address day.

To put this into perspective, this is not a new yearly holiday. Nor is it an event that will repeat itself every single year. At least, that’s what we hope, but you never know in the world of cryptocurrency. Instead, January 14th is designated as the day on which most BCH supporters should switch to the new format. It would form a united front to do so and herald a new era for this popular altcoin. An interesting proposal, assuming there’s sufficient community interest.

Given how this is not a mandatory upgrade, the support may not be overly significant. At the same time, it is evident this format will introduce a big change to Bitcoin Cash. Right now, all addresses use the same format as Bitcoin. It causes a fair bit of confusion as you can’t distinguish between the two. A new format will finally alleviate all of these concerns. It should also remove the issues of people sending funds to the wrong blockchain. Replay protection only goes so far when the address code base is identical.

Moreover, the new format offers other advantages as well. Its checksum can detect up to 6 errors in an address. No one wants to make errors when trying to move funds to another wallet, after all. Moreover, the encoding of this new standard is more compact in QR codes. Plus, systems dealing with thousands of addresses will encode and decode the new format faster. There’s no reason for people not to upgrade to this new standard.

The big question is how service providers will handle this change. For now, it is a bit unclear how that situation will evolve. Electron Cash is already working on this integration. Most exchanges and wallet providers haven’t made their stance public yet. This could be a major development for Bitcoin Cash if everyone upgraded at the same time. Whether or not that will happen, remains to be determined.

Tags: BCHBitcoin CashCashAddr
TweetShare
BitStarz Player Lands $2,459,124 Record Win! Could you be next big winner? Win up to $1,000,000 in One Spin at CryptoSlots