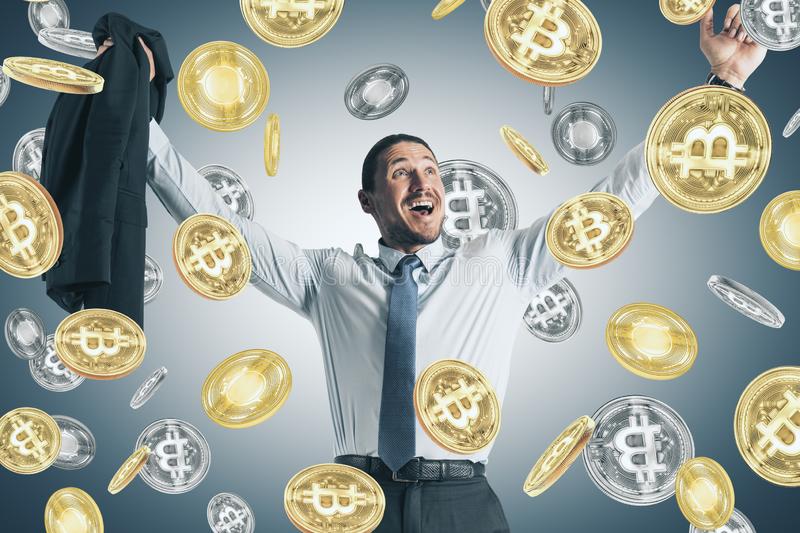 Bitcoin is slowing but surely making its way into the heart of society as we know it. Earlier this week, a major entertainment center in the city of Las Vegas, which is known for its gambling and bustling nightlife, said it would start accepting Bitcoin payments for VIP bottle service online.

The payments would be carried out via a payment processor with which the club has partnered to make the Bitcoin payments easy and effortless.

Worthy of note is that the BTC payments are going to be carried out on the Bitcoin lightning network, a layer 2 payment protocol that enables involved parties to transfer their bitcoins to one another using their digital wallets with no fees. These types of transactions are also known as off-chain transactions.

The strip club which is called Crazy Horse 3 is a “gentlemen’s club.” Since society tends to frown upon entertainment like this, it is imperative for the strip club to protect the privacy of their patrons.

And hence, using BTC as a payment method will help to ensure the patrons can enjoy a night of adult fun without having to worry about the privacy of their payments.

With BTC, adult entertainment centers like Crazy Horse 3 can avoid the exorbitant fees charged to them by payment processors for being considered “high-risk” businesses. Bitcoin will enable the club to receive their payments directly without the need to involve a third party to confirm the transactions.

The extra layer of security provided by the Bitcoin lightning network also ensures that the transactions are encrypted using the anonymous communication network provided by Tor known as onion routing.

According to Crazy Horse 3, this would also ensure out-of-town travelers do not have to worry about using their credit and debit cards in the club. As they would now be able to pay for the service using just BTC and not have it linked to their cards.

Crazy Horse 3, which has won the “Best of Las Vegas” awards for “Best Bachelor Party” and “Best Gentlemen’s Club” every year since 2014, explained that while it only accepted bitcoin payments for VIP bottle service for the meantime, it plans to roll out other services for payment with BTC.

The rollout plans to accept crypto for admission into the club. Furthermore, patrons will be able to pay for food selections with their bitcoins, buy craft cocktails, and retail. Last but not least, the club plans to offer crypto payments for the club’s signature “dance dollars” which are value towards lap dances and also for tipping the entertainers in the club.

The club’s publicist, Lindsay Feldman, commented on the news partnership. Feldman explained that the club was doing this in a bid to providing modern-day guest experiences to its customers.

“Crazy Horse 3 is committed to innovating the modern-day guest experience and as leaders of the Las Vegas entertainment industry,” said Lindsay Feldman. “We are embracing the opportunity to accept Bitcoin as a way to deliver convenience, first-class hospitality, and an added level of anonymity for our guests.”

Tags: bitcoinbtcbtcusdBTCUSDTxbtcusd
Tweet123Share196ShareSend
Win up to $1,000,000 in One Spin at CryptoSlots