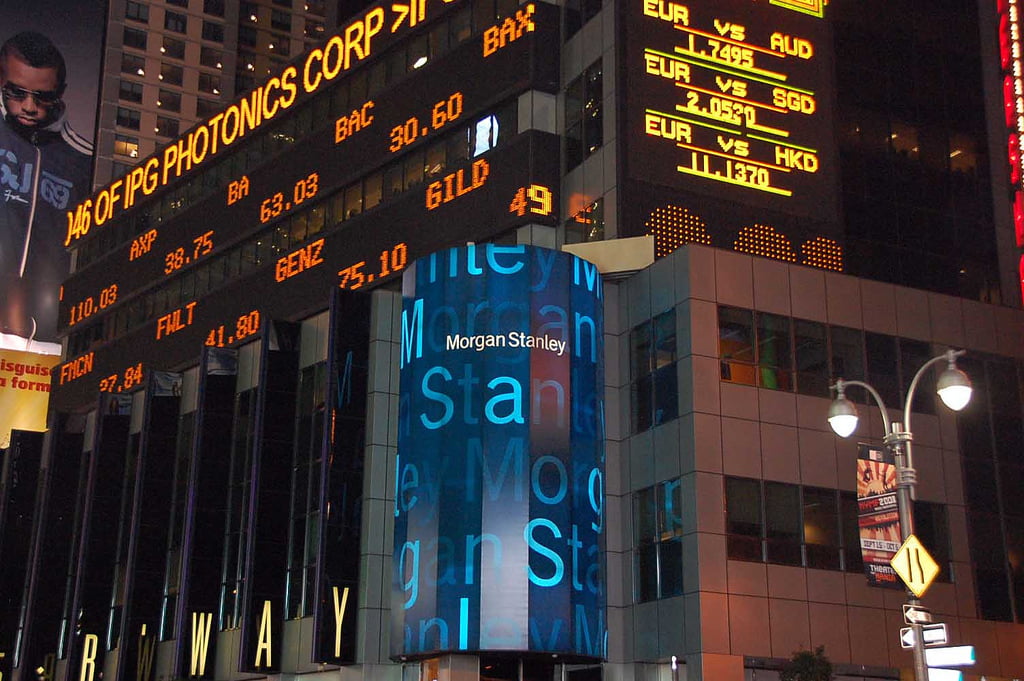 At Last, Banks Want in on BTC: Exponential Rise in Value and Growth

Such trend is becoming more evident and realistic, with some of the largest companies in the finance and banking industries such as the $95 billion investment bank Goldman Sachs and financial services company Fidelity with over $2.13 trillion worth of assets under management, moving to adopt bitcoin and offer services around the cryptocurrency.

Earlier this month, Paul Vigna of the Wall Street Journal revealed that sources close to the matter have disclosed the plans of Goldman Sachs and its bitcoin department to launch a bitcoin and cryptocurrency trading platform. This week, as NewsBTC reported, Goldman Sachs CEO Lloyd Blankfein expressed optimism toward bitcoin, stating that paper money or fiat currency was once considered odd.

“Still thinking about Bitcoin. No conclusion – not endorsing or rejecting. Know that folks also were skeptical when paper money displaced gold,” wrote Blankfein.

In an interview with Bloomberg, Axel Pierron, managing director of bank consultant Opimas, stated that banks are recognizing rapidly increasing demand for bitcoin and the cyrpotcurrency market by their clients. Banks can either isolate themselves from the emerging market or address the growing demand and position themselves at the forefront of financial innovation and disruption.

“They’re clearly receiving interest from their clients, both from retail investors and on the institutional side. It’s highly volatile, it’s highly illiquid when you need to trade large volumes, so they see the opportunity for a new asset class which would require the capability of a broker-dealer,” said Pierron.

But, as Joshua Satten, director of emerging technologies at Sapient Consulting, explained, it is not as simple for banks to blindly adopt bitcoin and cryptocurrencies due to their rise in value and exponential rate of adoption. Satten explained that banks must consider the stance of the US government, since they are strictly reuglated entities by local financial authorities. Satten noted:

“From the perspective of the U.S. Treasury, do you classify it as an asset class or a currency?. If banks are starting to manage and hold bitcoin for their clients, you would have the OCC and the FDIC looking at how they classify the assets on their balance sheet and how they state the assets for the portfolio of a client.”

In regions like Japan that have fully and transparently legalized bitcoin through a national licensing program for cryptocurrency businesses and trading platforms, banks can easily adopt bitcoin and alternative cryptocurrencies. But, in countris like the US, it still is difficult to surpass regulatory hurdles.

With some of the largest banks and financial institutions in the US in support of bitcoin and cryptocurrencies, bitcoin is at an optimal position for long-term growth. If it can support hundreds of millions of new users through efficient scaling solutions, it will lead to increased adoption by merchants, banks, institutional investors, and casual traders.

“I’ve talked to a lot of people who have [invested in bitcoin], and it’s obviously highly speculative, but it’s not something that is inherently bad. I think it’s a natural consequence of the whole blockchain technologies, as I understand it.”