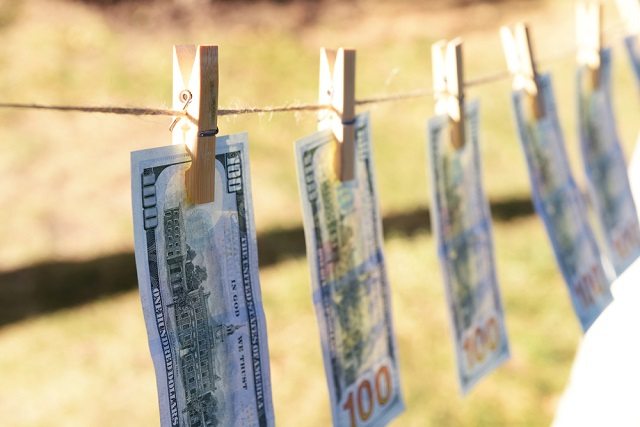 Money Laundering Is Facilitated By Banks Rather Than Bitcoin

Many people often tout Bitcoin as a perfect tool to launder money and sluice funds to offshore bank accounts. But if there’s one thing the Panama Papers leak has taught the world, it is that people won’t go through all of that trouble when the traditional financial ecosystem offers a far more convenient solution to perform money laundering on a global scale.

Anyone who would be looking to participate in money laundering through offshore bank accounts has no reason to go through the trouble of dealing with Bitcoin exchanges or ATMs. In fact, the popular digital currency is far too transparent to move funds around anonymously, as there several initiatives focusing on blockchain analysis to prevent suspicious Bitcoin activities.

Moreover, the Panama Papers story has shown the world why the banking system is far better equipped to move funds around the world in an anonymous and convenient manner. However, money laundering is not the only issue, as these documents show how companies and wealthy individuals were aided in evading taxes and dodging sanctions as well.

As people would come to expect from such an announcement, money laundering is a crime anyone can commit. Especially now that several current and former heads of state and people linked to world leaders have been unmasked for their money laundering practices, things are bound to get interesting. Using banks and other traditional financial institutions for this particular type of “business” is convenient, but the truth always comes out in the end.

In fact, there are so many different tax havens around the world, which are only made possible thanks to the existing financial ecosystem. It comes as little to no surprise to find out governments around the world are opposing Bitcoin, as it would make their way of money laundering completely impossible. Transparency in the financial sector is a positive aspect for people who have nothing to hide, yet it would be a particular concern for those looking to participate in money laundering.

In the end, Bitcoin is a lot harder to move funds into and out of it – in fiat currency – compared to the banking system. Banks around the world are interconnected, whereas bitcoin operates outside of the realm of traditional finance. Moreover, buying and selling Bitcoin is subject to KYC and AML regulation, whereas tax havens such as the Cayman Islands are not too bothered about where the funds are coming from.