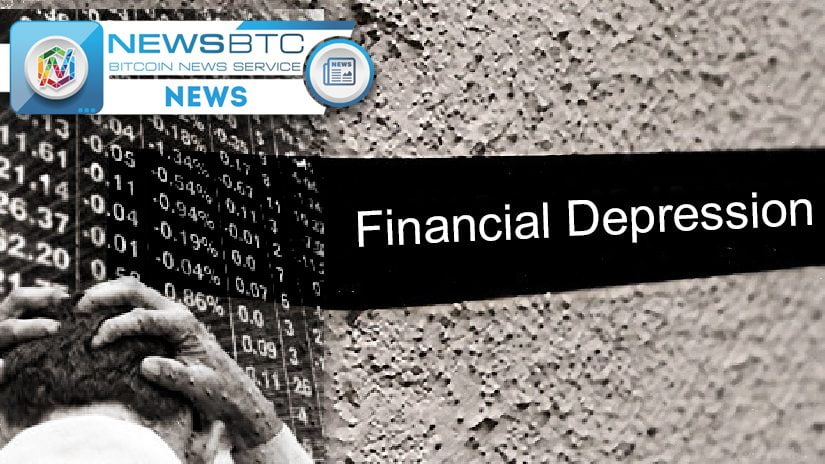 The global financial situation is anything but straightforward at this point.  Especiily where China is concerned, no one knows what the truth is. Eric Peters, a financial expert, expressed his concerns over how a financial depression is looming overhead. Things are not looking all that great for the financial sector right now, that much is certain.

When discussing the recent Chinese capital controls, the PBoC chief said everything is “fine”.  At the same time, he also mentions how some of the outbound investment is not in line with China’s own policies. A lot of so-called “tycoons” are fleeing Chinese capital markets for selfish reasons. Such type of behavior is not unusual by any means, as everyone wants to get off the sinking ship as soon as possible.

Financial Depression Is A Matter of Time

As a result of the money leaving the local economy, regulation has been put in place to curb the outflows. For the PBoC, that situation makes a lot of sense, yet investors are not in favor of such a decision. To China’s credit relative to GDP doubling in the past few years, there is plenty of reason for concern. Although this number is smaller compared to the US, the trend will be impossible to reverse anytime soon. It seems to be only a matter of time until China’s economy tanks completely.

Moreover, a lot of investors are holding onto bonds, which yield negative interest. It is evident the decision to flee from fear and ignore greed is not paying off all that well. Tough decisions will have to made to avoid a global financial depression. With inflation forming nearly everywhere on the planet, avoiding such a depression seems highly unlikely right now. However, those are not the only concerns for investors right now.

Earlier today, China announced a new lowered growth target for 2017. No one should be surprised by this, as the numbers presented at the beginning of 2017 were ludicrous at best. The World Bank warned about a strong global upswing in confidence will now pull the world out of this “low-growth trap” anytime soon. It is evident a depression will materialize sooner or later, and China will not escape it by any means.

In the end, there is a lot of bad debt in the financial ecosystem that needs to be addressed. Doing so requires robust economic strength. China, nor any other country, can currently provide that strength. In fact, it appears the global “power” is waning, even further as more time progresses. Japan, on the other hand, is tapering its quantitative easing. The Bank of Japan may purchase nearly 20% fewer bonds than originally planned. This does not bode well for the future of finance by any means. A depression is the likely outcome and things will get bloody one way or another.