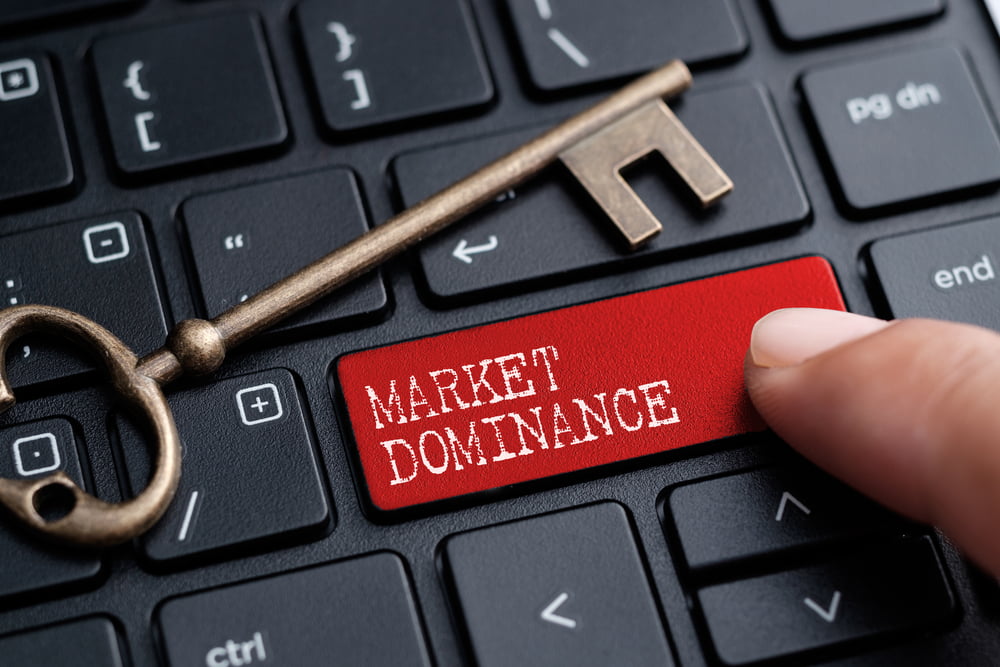 Ethereum, XRP Set For More Devastation According to BTC Dominance

Most cryptocurrencies have been rallying this week, however, Bitcoin’s pump yesterday caused many altcoins – such as Ripple, Ethereum, and many more –  to retrace against BTC.

That trend is now expected to continue, causing a larger rise in BTC dominance, to as much as 80% of the total crypto market.

XRP, Ethereum, and More All Retrace in the Wake of Bitcoin Breakout

This week, the crypto market caught fire after weeks of stagnancy and downtrend. First, the number three cryptocurrency by market cap, Ripple, exploded by over 12%, then Ethereum followed with gains of its own. Finally, Bitcoin broke out from its trading range, but that caused any altcoin gains to retrace almost entirely against the first-ever crypto asset.

Ripple has been able to hold much of its relative USD value from the recent pump and is trading at prices around 21 cents per XRP token. However, on the XRP/BTC price chart, Ripple has completely retraced its recent gains against Bitcoin and has even started to drop lower.

The last XRP pump was likely little more than yet another bearish retest confirming support turned resistance on the trading pair.

Ethereum has also suffered against Bitcoin as BTC dominance continues to grow. The number two cryptocurrency by market cap had a slower build-up than XRP’s explosive, buzz-generating pump, but the entire rally has also retraced now that Bitcoin broke up from an inverse head and shoulders pattern.

Ethereum, while some analysts were expecting it to soon outperform Bitcoin, has now dropped even lower on the BTC trading pair.

Things aren’t looking great for altcoins as a whole, as BTC dominance is exhibiting an inverse head and shoulders pattern at the peak of a massive, similar structure, stretching across years of crypto market ebb and flow.

BTC dominance spent most of 2019 making up for ground Bitcoin lost in late 2017 and early 2018, crushing altcoins on their BTC trading pairs.

dominance looks to be printing a higher low/ IHS in an already monster uptrend.

this is not good for your shitcoin bags, 2020 is gonna be Bitcoins year pic.twitter.com/3Nn4xoujwx

BTC dominance is currently set at around 69%, but crypto analysts believe that the rally could extend all the way to 80%, meaning that Bitcoin’s market cap will soon make up 80% of the overall capital injected into the overall crypto market.

Altcoins were the hottest financial asset on the block at the height of the crypto bubble. Bitcoin was considered too expensive to own at $20,000, so investors turned to altcoins hoping to discover the next Bitcoin and strike it rich. But those hopes quickly turned to nightmares, and altcoins have never returned to all-time high prices they set around that time, and may never will again.