Saudi Arabia Could Cause Staggering Blow To US Economy 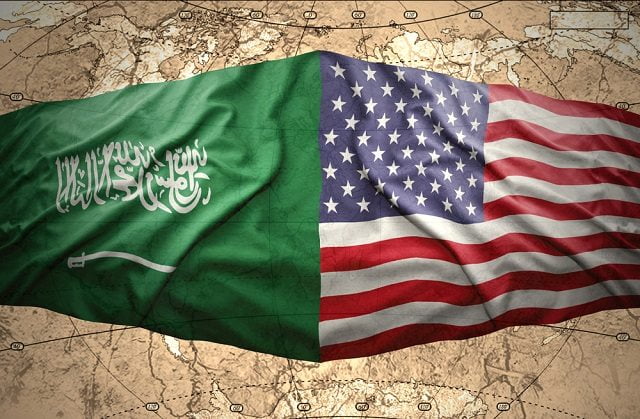 The game of musical chairs between countries looking to liquidate financial assets is far from over. Saudi Arabia threatens to sell off hundreds of billions – with a b – of USD worth of American assets if the bill holding the Saudi government responsible for any role in 9/11 is passed.

Everyone in the world would like nothing more than ensuring the parties responsible for the 9/11 attacks are apprehended and brought to justice. Several people within the US Congress feel Saudi Arabia played some role in these attacks, and a new bill has been drafted to hold the kingdom responsible for whichever part they played in this horrible event. But at the same time, the Obama administration has urged Congress to block the bill from passing.

If this bill passed Congress through some miracle – or secret deals between representatives – the results would be catastrophic for the US economy. Keeping in mind how Saudi Arabia holds US$750 billion in Treasury securities and other US assets, liquidating such vast amounts would put a severe strain on the US Dollar, and set a dangerous precedent for the country’s economy.

Although it is very doubtful the Saudi officials would go through with this move if the 9/11 bill passes, the situation has a lot of people on edge. Saudi Arabia seems willing to cripple their economy just to present a financial blow to their American counterparts. But in the bigger scheme of things, the debacle between the Saudi kingdom and the US is escalating at an accelerated pace.

Needless to say, this entire situation is causing a lot of frustration among families of the 9/11 victims as well. A significant portion of them feels Obama is protecting Saudi Arabia over US citizens. It is understandable people are upset, but this whole thing may very well be blown out of proportion, and involved parties must not lose track of the bigger picture here.

“I think the Saudis were most likely making an empty threat. Selling hundreds of billions of dollars in American assets would not only be technically difficult to pull off, but would also very likely cause global market turmoil for which the Saudis would be blamed.Moreover, this event would destabilize the US Dollar, to which the Saudi riyal is pegged.”

Regardless of the outcome, this scenario is putting a lot of strain on a very weak global financial ecosystem. Every country in the world holds foreign assets, which can be liquidated at any moment and plunge economies back into recession. It is all but impossible to make sense of all of these financial connections and who holds which assets, due to a lack of transparency.

Whether or not Bitcoin and blockchain technology will be able to force a change in the financial sector over the coming years, remains to be seen. But stories like these go to show how little consumers have to say in financial matters through the banking system, and why Bitcoin might become a far more viable alternative if squabbles like these continue.