The Results of the NH Bitcoin Tax Bill are in…. 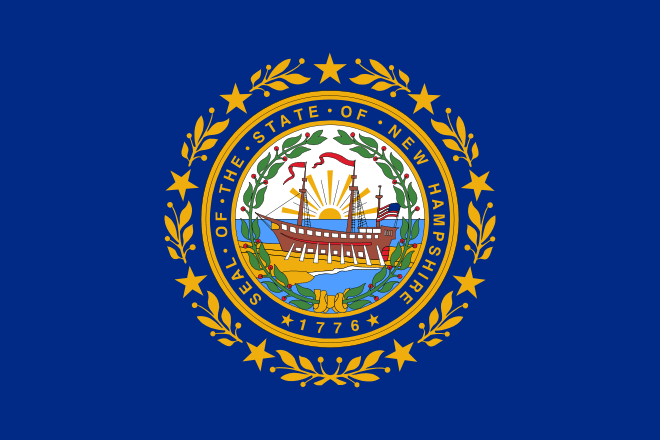 Last year, a New Hampshire State Representative called Eric Schleien introduced a bill that proposed the introduction of a new method of paying taxes in New Hampshire – bitcoin. If passed, the bill would force the state treasurer in NH to, and to quote directly, “develop an implementation plan for the state to accept bitcoin as payment for taxes and fees”. Further, the system (if the bill passed) would need to be in place by 2017 tax collection season. At the time of its introduction bill HR552, as it’s more affectionately known, had bipartisan support from two democratic sponsors and five republican sponsors.

There was a bit of furor surrounding the situation. Both sides weighed in, with the pro side arguing that it was the state’s responsibility to make it as easy as possible for an individual or business to pay taxes, and that by not allowing digital payment in the form of bitcoin, it was not fulfilling this responsibility. The against side – in this case specifically the treasury – suggested that the introduction of a bitcoin driven tax payment system would have no material effect on the level of tax revenues collected, and as a result, it would be a waste of resources.

Of course, and as with all submitted bills with bipartisan sponsor support, the for and against at the time didn’t matter. The bill would go to the house of representatives and be put to a vote. Well, that vote just took place, and we’ve got the results. So, will New Hampshire bitcoiners be able to pay their taxes in Satoshi’s next year? Drum roll…

The bill went to vote and the majority of the House of Representatives favored the opinion of the treasury, and agreed that, at this time, it doesn’t make economic sense to introduce a bitcoin payment facility to the NH tax system. Here’s why:

The Department has no familiarity with bitcoin cash operations and therefore cannot determine in advance how much time and effort will be required to become informed and address the areas of accounting, valuation, and management.

This doesn’t completely write off the potential for the future – the vote came in at 264 to 74, which means bitcoin didn’t take a hammering. Indeed, that there are 74 supports in what is traditionally deemed old hat institution bodes well – we are seeing some acceptance at the higher levels of government, and this isn’t a bad thing.

New Hampshire has been involved in the bitcoin space before. Those that have been with us for a few years will remember our 2014 article detailing the then Republican gubernatorial candidate Andrew Hemingway’s initiative BitBomb603, which was his attempt to raise capital for the election race through bitcoin donations. Interestingly, one of his proposed areas of policy at the time was exactly what got turned down today – a proposal to allow individuals and business to pay taxes in bitcoin.

Are you from NH? How active is the bitcoin scene around where you are? Would you pay taxes in bitcoin if the state offered the facility? Let us know!

You can read the full bill here.