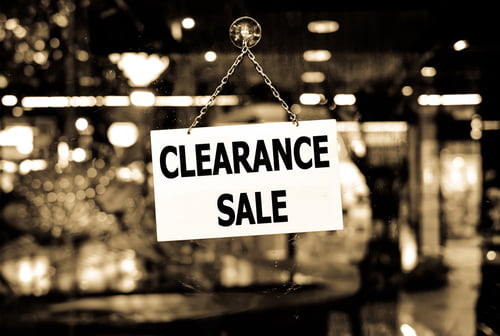 Over the years, many crypto industry observers have pointed to the same potential problem with Bitcoin. It’s nothing to do with transactions per section, anonymous value transfers, or miner centralisation either.

No, a much easier problem to address relates to the way exchanges list Bitcoin. Some crypto asset proponents believe that the seemingly high price of a single Bitcoin is putting investors off.

Although few will admit it, the chance to turn a small investment into a massive profit is what attracted many folks to Bitcoin. The fact that the price of the world’s first viable digital currency went from just fractions of a cent to almost $20,000 in its first decade of existence is certainly hard to overlook.

It’s definitely not very fashionable to say that you came to the industry exclusively to make cash. However, that is the reality for many.

As prices go from boom to bust each market cycle, some of those who arrived because of price stick around. You can see this by the way the the industry continues to expand.

Since its price that attracts most people in the first place, many Bitcoin industry observers believe it to be important to make the price as appealing as possible for investors. For them, the fact that exchange platforms promote the price of a whole Bitcoin may put some people off taking up a position in the crypto asset.

This works in two main ways. Firstly, newcomers to the industry looking at the prices of different assets may come to the wrong conclusion judging by price alone. When faced with a list of different digital currencies sold by exchanges, they will see that Bitcoin costs $9,000. Much more expensive than say XRP at less than a dollar or even Ethereum at around $200.

The investors Bitcoin attracts, primarily to make money at first remember, may well come to the conclusion that they’ve missed the proverbial boat on Bitcoin. How much more can it grow if it’s already at the price where the investor might not be able to afford a whole one?

This brings us to the next issue that some observers have with current exchange pricing methods – many people aren’t even sure that you can buy less than a whole Bitcoin. Even if they do, with scant knowledge of the nuances of either protocol at this point buying 100 XRP for $25 may seem like a much better deal than buying 0.0028 BTC.

Reasoning that 2020 should be the year that exchanges and other crypto industry service providers ditch pricing whole Bitcoin and start referring to how many satoshis a given amount of fiat currency is worth is Twitter user BTC Sessions (@BTCsessions).

In the following tweet, they call for Bitcoin on ramps to display prices in the smallest unit of a Bitcoin. This, for them, would prevent “sticker shock” amongst newcomers to the industry who might otherwise be attracted to “‘cheap’ shitcoins simply because they felt they missed the boat” on Bitcoin.

I'd love to see A MASSIVE push for every Bitcoin on ramp to implement sats as a unit this year. In a mania this will greatly reduce sticker shock and save many noobs from buying "cheap" shitcoins simply because they felt like they missed the boat. Tell your exchange: SATS FTW!

Tags: bitcoinbull runsatoshis
Tweet123Share208ShareSend
BitStarz Player Lands $2,459,124 Record Win! Could you be next big winner? Win up to $1,000,000 in One Spin at CryptoSlots