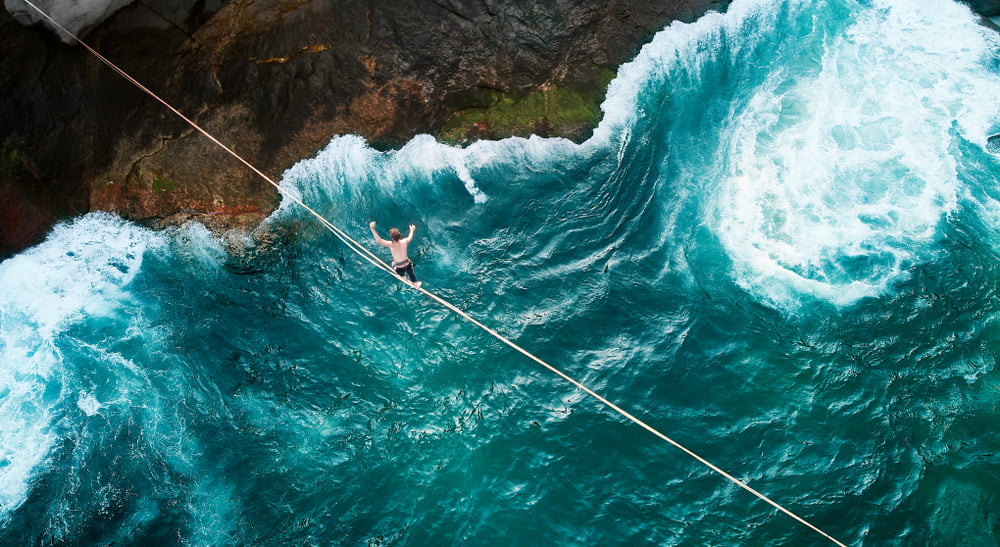 Bitcoin has found itself caught within the throes of a prolonged bout of sideways trading around $9,600 in the time following its recent flash crash that sent it reeling down from the $10,000 region to lows of $9,200.

This multi-day period of sideways trading has resulted from the formation of a small and strong trading range between roughly $9,550 and $9,730.

Now, one top trader is noting that the long-term significance of this range should not be discounted, as how it resolves could provide insight into where BTC trends in the year ahead.

At the time of writing, Bitcoin is trading down marginally at its current price of $9,650, which is around where it has been trading at since its significant drop seen last Wednesday.

As this period of sideways trading drags on, it has also decreased the cryptocurrency’s trading volume slightly, suggesting that traders are beginning to move to the sidelines while they wait to see where the crypto begins trending next.

It does seem as though the next key level that bulls need to recapture in order to maintain their strength sits at roughly $10,000, as the crypto’s reaction to this level in the past has been quite significant.

In the near-term, it is important to keep in mind that Bitcoin is facing mounting resistance between its current price levels and $10,000, with Big Chonis – a popular analyst – noting that he sees “more resistance than support.”

“BTC – all I see is more resistance than support weekend price action begins.”

Another important factor to keep in mind is the fact that Bitcoin is currently caught within a tight trading range that could dictate its mid-term trend.

Teddy – a popular cryptocurrency analyst on Twitter – spoke about this range in a recent tweet, explaining that the impact of Bitcoin’s ultimate reaction to this range shouldn’t be underestimated.

“BTC: Don’t underestimate the impact of this small sub-range on the trend. A break in either direction will define the next short term direction and sentiment across the board. My short term bias since marking lower highs + lower lows is leaning bearish,” he explained.