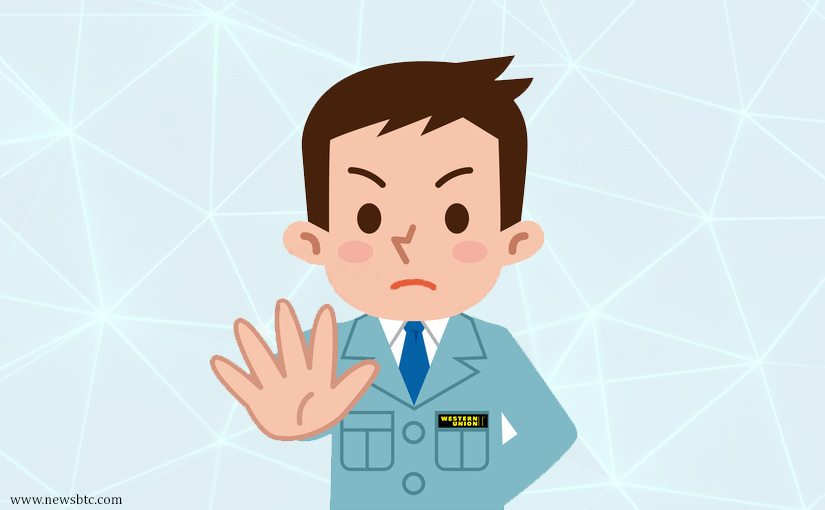 Various financial providers prevent users from buying or selling cryptocurrencies. We have seen banks halt transfers or close accounts because of this. It now appears Western Union attempts to do the same. By actively preventing users from sending wire transfers to exchanges, an interesting precedent is created. Whether or not this course of action is warranted, remains to be seen.

Unlike what most people think, Western Union offers a lot of services. Their remittance model is the one most people are familiar with. However, they also allow for wire transfers in certain regions, which is pretty interesting. In some cases, people used that service to send money to cryptocurrency exchanges. That may no longer be possible, as the company is cracking down on such activity. It is rather unfortunate, but no one should be really surprised by this development.

According to one Reddit user, Western Union is blocking wire transfers to exchanges. Since the company is fully compliant, such a decision was only a matter of time. Their internal regulations do not allow WU to be used for cryptocurrency services or transactions. As a result,m they can refuse to process specific transactions and return the money to users’ bank accounts.

One could argue using Western Union for wire transfers is a big step backward. That assumption would be absolutely true in every regard. However, it is a viable alternative for those without access to a bank account capable of sending money to exchanges. Using third-party services is always problematic, though, especially when it comes to Bitcoin. Western Union is setting an interesting precedent in this regard, that much is certain. It is unclear if this affects all of their branches in every country.

The bigger question is whether or not issues like these will ever be resolved. More specifically, it will hurt exchanges as much as it does cryptocurrency users. Exchanges will need to come up with more funding methods at some point to avoid issues like these. Western Union is also shooting themselves in the foot by taking this route. After all, they will lose out on a lot of business over the years. A very troublesome development, but one that won’t hinder Bitcoin growth all that much.