What You Need to Know About Bitcoin XT 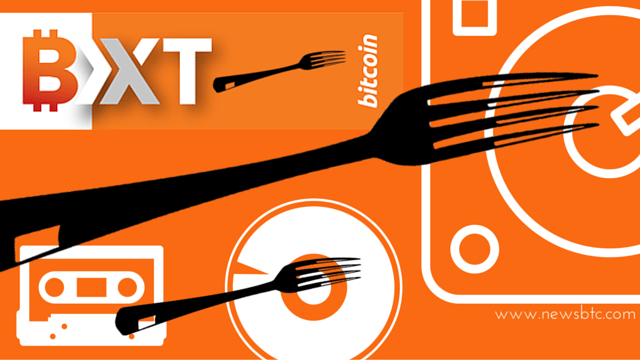 Fork is a dirty word in the Bitcoin community. The price of BTC is threatening the $200 line, and many blame the recent division between Bitcoin Core and Bitcoin XT over the maximum block size. It’s understable that many people want answers.

The reality is that there’s no need to panic. Consensus realignment is a natural process in the tech world, one that developers have handled responsibly time and time again. This is how the Internet has survived and evolved over time, and there’s absolutely no need to panic–here we’ll clear up some misconceptions.

Is the Bitcoin Blockchain Forking?

No. A hardfork occurs when a new version of the Bitcoin client is incompatible with the previous one, producing transactions and blocks that are not accepted by the old protocol.

The Bitcoin Core and XT programs are currently compatible, operating on the same blockchain. This will remain true unless and until a supermajority (75%) of Bitcoin nodes adopt the XT protocol, which you can watch in real time. It will then be two weeks before XT begins increasing the maximum block size.

At that point, most of the holdouts will probably switch over to the new system. Any users and miners that remain will branch off and build the blockchain in a different direction, which is where the term “fork” comes from.

Will I Lose My Money?

No. When the blockchain forks, the “genesis block” of the new blockchain will be the last one before the split occurred, and you will have as many XT bitcoins as you did bitcoins. Your Bitcoin balance on the original blockchain will remain unchanged.

You might fear that this will dilute Bitcoin’s value by dividing the market cap between a larger number of coins. The value is not actually lost, however, but merely transferred to the XT blockchain. A fork wouldn’t change your net worth: if 5% of Core users hold out and leave that much market value behind, you could just sell your bitcoins for XT coins.

All you have to do is play your cards right. Similar to Goxcoins (which would have been redeemed for bitcoins stuck in the failed Mt.Gox exchange), it’s likely that a futures market will emerge. You could offer someone bitcoins right now for the promise that they’ll give you XT bitcoins if and when the hardfork occurs.

Is This (Bitcoin XT) Really Necessary?

Yes. This is how we got from VHS tapes to Blu-ray discs. VHS beat Betamax; Blu-ray beat HD DVD; the only people who lost anything were the developers of inferior systems. Everyone else got prettier pictures.

Any other method would require the use of authority or force, which is anathema. In a consensus-based system like cryptocurrency, all of us must agree to a rule change or else go our separate ways. A financial program that could be arbitrarily updated against your will would be abused by hackers, if not the central power controlling it.

Why Is Bitcoin XT Such A Big Deal?

Politics and hysteria. Many people are already working on solutions to the block size limit: instead of settling all transactions on the Bitcoin blockchain–which can handle no more than seven per second–they would be settled by parallel, complementary systems. Factom and the Lightning Network are great examples.

These solutions become less necessary if the maximum block size increases, creating profit motivations. This had led to accusations of cronyism, and some of the more paranoid types even believe that Bitcoin XT is intended to allow blacklisting or a backdoor to your privacy. Others believe the increased hardware requirements will limit mass participation, but computer and network speeds are constantly increasing.

More than anything, it’s nerd drama, and sensationalism born in ignorance. Everything is going to be fine, as history clearly shows–Bitcoin has forked, before.